Skip to content
Martin C. Fredricks IVOctober 1, 1998The Way It Is1 Comment on Blue Skies and North Dakota Slams 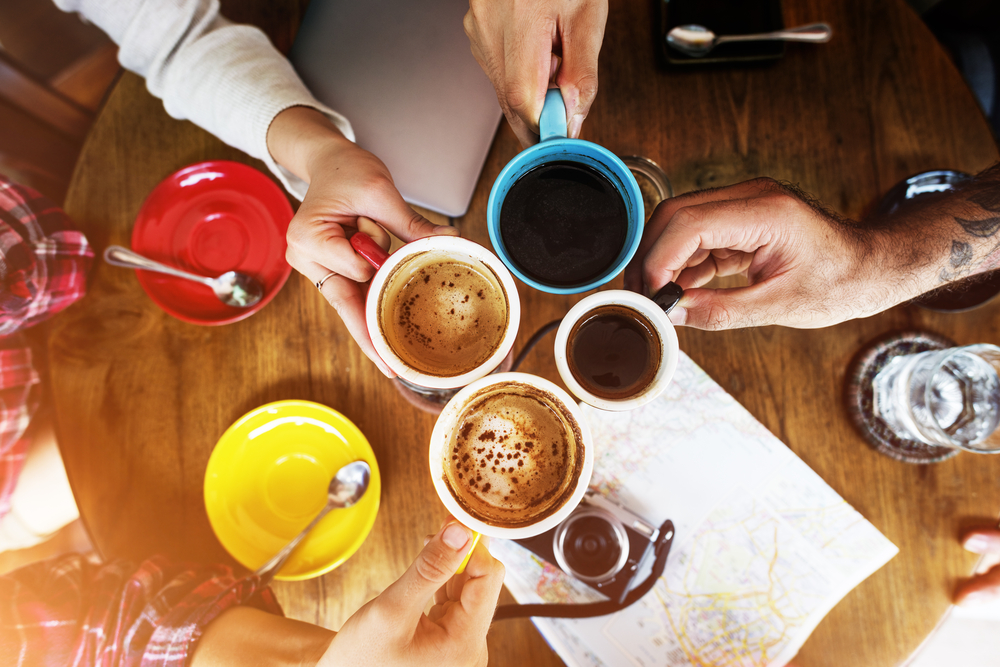 Many an old codger has been heard of an afternoon here in North Dakota praising the extreme weather.

“Keeps the riffraff out,” says Old Boy, motioning out the window of the local cafe over a cup of scalding black coffee.

Outside there’s a raging blizzard with howling winds and wind chills of 60 below, or maybe a hail storm with golf ball size hail, or the shimmering effects of 110 degree heat and 90 percent humidity. Of course, in the latter case Old Boy motions over his iced tea or lemonade.

It’s probably true. Maybe only we stalwart few (around 600,000 of us), mostly of German and Norwegian descent with sturdy constitutions, are — what? — determined enough to live through what we do and still hang around for another round. Perhaps we’re a bit touched, but for one reason or another, we’re here to stay. It’s quiet, a little slower, we still help our neighbors, who we know by their first names. We’ve got thick skins and big hearts, and we like it this way.

If the weather forecasters are right about this new winter, we’re in for another tough one. They’re saying double-ought and Oh-one will be almost as bad as the trial of ’96-’97, when Mother Nature and Old Man Winter dumped record amounts of snow in the valley of the Red River of the North that led to catastrophic flooding that spring.

Sure, it takes a thick skin to live through what we do. And this year we’ll do as our forefathers did, as we always have. We’ll grin and bear it, cover our thick skins with thick sweaters and thicker coats, fire up our snow blowers and attack our driveways with ice chippers.

But that doesn’t mean we can’t gripe.

Lately the North Dakota digs have found their way under my skin and started to itch, and after a while an itch needs scratching.

We know what they all say about us. We’ve heard foreigners (like Minnesotans trying to be funny or New Yorkers who really don’t know any better) ask how we get around out here: “Do you ride in your own horse-drawn sleigh, or do you use a sled and dogs?”

It’s no wonder they all think we’re a little crazy, though; look at the information they’ve had.

Take the winter of ’96-’97 when North Dakota frequently made national television news. All Americans saw of our state, night after night, were horrific images of one blizzard after another, sheets of blinding snow so white that they pounded their sets, thinking something was wrong with the reception.

Then came the horrendous spring, with ice storms and flooding of such magnitude that we haven’t seen the like for at least a century. Again the awesome images went out over the airwaves: cows drowning in sloughs — and they all asked, “What’s a slough? — weary residents tossing sandbags, downtown Grand Forks looking like a post-war recovery zone.

And listen, the popular media is no better.

In his book, “Skin Tight,” Carl Hiaasen describes one of his many way-out-there, wild, weirdo, south Florida characters this way: “Even before the electrolysis accident, Chemo had led a difficult life. His parents had belonged to a religious sect that believed in bigamy, vegetarianism, UFOs and not paying federal income taxes; his mother, father and three of their respective spouses were killed by the FBI during a bloody ten-day siege at a post office outside Grand Forks, North Dakota.”

Ever watch the X-Files? No? Well, let me tell you. Writers for that show — and they think we’re weird — get rid of nasty characters by dumping them in missile silos in – where else? – North Dakota.

A couple of years back, a commercial for a national drug store chain stated that its big sellers in Fargo are cold and cough medicines, “even in summer.” The voice-over accompanied a scene of a man shoveling three feet of snow off of his log cabin roof on a sunny, blue sky day.

“Even in summer”? A log cabin? Gimme a break.

Around the same time, in an issue of Entertainment Weekly, the magazine said, “Northwest Airlines strike, North Dakota is without major air service. Tens of tourists are stranded.”

There are plenty of examples in movies, too, but you get the picture.

The digs are everywhere, so we must remain vigilant. We don’t want people listening to east-coast professor types who say North Dakota ought to be turned back to wild, roaming buffalo. Buffalo Commons, indeed.

I’d like to see those folks from ABC’s World News Tonight do a story on North Dakota when it’s nice outside, have its crews tool around capturing scenes of perfectly sane, happy people enjoying 75-degree, sunny weather. Just imagine it: “And there you have it, Peter. A sunny, enjoyable day in North Dakota. Now back to you….” Maybe I’ll call Mr. Jennings and invite him out.

Aw, heck, forget it. What they don’t know won’t hurt us, right? Besides, maybe I’m spending too much time watching T.V. and reading pop novels and magazines.

But, hey, what else am I supposed to do? It’s cold out here in the winter.

Pass the sugar for my coffee, will you Old Boy? Thanks.