From Pink Floyd to the Black Rebel Motorcycle Club, there have been a lot of colors along the way. And they’ve all be awesome… CLICK THE HEADLINE TO READ MORE. 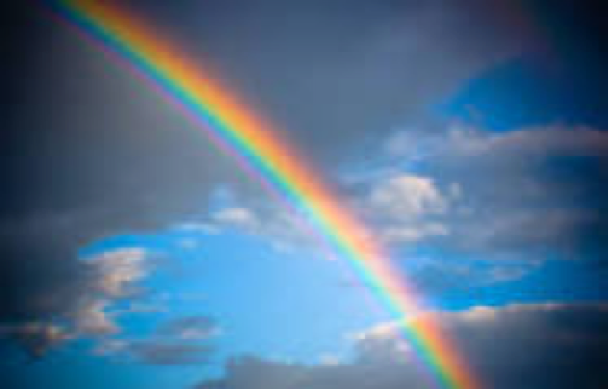 I found my 11-year-old self standing in the principal’s office at Roosevelt Elementary in Jamestown, N.D., the second from the end in a line of four 6th graders performing “Another Brick in the Wall, Part II.” I thought about how much trouble we were in as we sang, “We don’t need no education / we don’t need no thought control/…”

We were rebelling, of course, with the song that was all over the radio those days.

Three weeks earlier, when the music teacher asked the class to form groups and choose a song to perform, there really wasn’t much question among the four of us as to which song it would be. The music teacher was not amused. I think the principal was, at least a little, but he still gave us detention, anyway.

It was my introduction to how much emotion can get wrapped up in music. And in terms of emotion, Pink Floyd was – and in my view, still is – tops. It was also the first “color” band I came to love.

Over the years, several bands with colors in their names emoted their way onto my compilation tapes, CDs and, now, playlists. Many of them are on this cool Colorful Music graphic on the DustinLand blog; some aren’t.

I’ve marched along with Black Sabbath like Iron Man taking on War Pigs, and after the battle watched the Smoke on the Water rise with Deep Purple. Before I even knew it, Joan Jett and the Blackhearts were reinforcing how much I Love Rock N Roll. But it wasn’t until Red Rider put me on the Lunatic Fringe that I learned how much.

Don’t Fear the Reaper, the Blue Oyster Cult advised; and at that age, none of us did because we thought we were immortal. Sometimes we did get blue, though, and that’s when I leaned on Blondie to pick me up again with a high tide. The Moody Blues helped me indulge my wildest dreams, and there was always Cream, of course, dishing out a double dip (color-wise) in the White Room.

Simply Red tried unsuccessfully to hold back the years, but through most of the freak ’80s I was in the Twilight Zone wearing a Golden Earring (figuratively speaking). There were shouts of Oh Yeah when clarity returned like a Yello sun, even as the Yellow Magic Orchestra provided a dash of the Land of the Rising Sun. With all that sunshine, I was totally draped in Indigo Girls and felt Closer to Fine. Diamond days came with Ladysmith Black Mambazo, even if Paul Simon made the delivery. And by the end of the decade there I was again, back at war following Black Uhuru’s Army Band.

The Red Hot Chili Peppers helped me and my friends enter the ’90s with some zest, even when we were hiding Under the Bridge and talking to angels with the Black Crowes that always flocked to our favorite spot. Whenever I was able to come around it was a Green Day, especially if I got there with Blues Traveler.

Then came the 2000s and 2010s. I joined the Black Rebel Motorcycle Club to keep on cruisin’ and, as you know, bikers wear only Plain White T’s. My kids have introduced me to the bubbly taste of Black Eyed Peas with a little Maroon 5 on the side, but I can only take so much of that. Instead, I return to my roots with new bands that jam, back to the sometimes odd but always rockin’ beats that colored the background of my youth.

So when you spy me hiking in Blood Red Shoes between the White Stripes that separate the byways of middle age, young adulthood and teen, don’t be surprised. Chances are I’m right back where I started, with another quintessential rebel:  P!nk.