Skip to content
Martin C. Fredricks IVMarch 1, 2014MusingsLeave a Comment on Is SAG Sagging in Its Duty?

I’m still trying to come to terms with the loss of Philip Seymour Hoffman, the most recent victim of self-inflicted drug overdose in Hollywood. The man was an amazing talent. 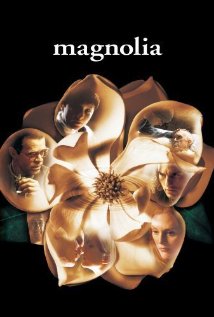 There was Capote, of course, for which he won the Oscar for best actor, but also several films in which he gave underappreciated performances: Almost Famous, Moneyball and, my personal favorite, Magnolia. What a loss.

So many performers, so many premature deaths related to drugs and alcohol. I wish someone had given all of them the help, the intervention, they needed before they ripped their lives and talents away. But how?

Dennis Papke of Fargo has offered an interesting suggestion – have the Screen Actors Guild and Motion Picture Association step up, act, take some responsibility for the welfare of their members. Test them for drugs. Not clean, no green. (I’ve pasted Papke’s letter to The Forum, Fargo, N.D., below.)

Should the privacy of individual performers be infringed upon for the good of the group as a whole? That’s an argument for another day. For now, suffice it to say that, as Mr. Papke has pointed out, organizations in other high-profile professions already police their members. How successful their programs are is hard to say. Would it work with actors? Who knows.

The only things I do know about this are that I’ll never again be able to see a new movie that features Philip Seymour Hoffman, and the world is not nearly as rich without him in it.

Hollywood must be responsible
by Dennis Papke
Feb. 22, 2014

The NFL, NBA, NHL, MLB and Olympics all use drug testing as a way to control drug abuse and to help encourage athletes to seek help to end drug use if they want to participate in one of these high-paying professions. When are the Screen Actors Guild and Motion Picture Association going to step up and take responsibility for the conduct of their “high-paid professionals”? When will The Recording Academy, The Grammy Foundation or Music Cares step up? How many more actors, actresses or musicians have to die before Hollywood starts taking serious action against drug users?

With the outrageous amount of money these actors, actresses and musicians make and the pressure they are under, why doesn’t Hollywood and these different organizations adopt a similar drug abuse policy that professional sports have? When will they require drug tests annually to be a member of the Hollywood elite and random drug tests through the year as part of the program? When will they require drug tests to sign a contract for a leading role or leading support role? When will recording labels require a drug test to release a new CD?

I don’t think this latest Hollywood death came as a surprise to many in the industry. More than likely, many of the people close to Philip Seymour Hoffman saw his renewed drug use and chose to look the other way because all they wanted to see were the dollars that his latest work was raking in for the studios.

I think it is time Hollywood and all the organizations that employ actors, actresses and musicians step up and take responsibility for the abuse that is happening within their profession.