I’m thinking about transitions on this first day of the New Year. 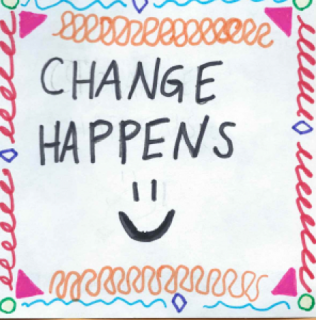 Bad to good, good to better, better to great. If you’re not so lucky it’s the other way around. More likely, though, you’re on an up-down-up wave like the rest of us. We’re all moving all the time. From one place to another, task to task, priority to priority. I suppose “status to status” is more applicable in these online-all-the-time days.

Three things about change and transitions are, at least in my mind, undoubtedly true.

Heraclitus is commonly credited as the first to put this truth into the words. According to the peer reviewed Internet Encyclopedia of Philosophy, the Greek philosopher from the late 6thcentury saw life as “…an ongoing process governed by a law of change.”  Some sources report he expressed this as, “Change is the only constant in life.” Others claim the line was “The only constant is change.” Others have it this way: “Change alone is unchanging.” Still others:  “There is nothing permanent except change.”

Which goes to show that even axioms transition down the years and depend on who is reporting them.

Some changes are bigger than others.

In 2014 my wife left her job to pursue a new career, which meant going back to school first. I couldn’t be prouder of her, and I admire her courage. The leap has been huge for our family, in a good way.

I changed jobs. So far, no day has been the same as the one before.

My daughter dropped soccer, a sport she’s been playing since she was six. That might not sound like much, but for seven years soccer seasons and tournaments ruled our lives. She’s found a new athletic passion – volleyball – which requires less travel and won’t impact our schedules quite as much. However, our two younger kids are getting deeper into the world’s game now…

Mom died in April, and all of us have been getting used to life without her. Lately I’ve been wondering when that transition might be done, but I know it never will be. Fact is, I don’t want it to be. I go on, but I think about her every day. Dad, too. And you know what? It always makes me smile inside.

My hope on this first day of 2015 is that our up-down-ups never flat line. If every day were the same, if we slid along in a ho-hum never experiencing euphoria or anguish, life would be like a dull, grey winter sky. No thanks.

This year, I plan to be whatever change demands:  sad, happy, understanding, strong, supportive or in need of support. I’ll try to be kind in everything. Above all, I’ll do my best to embrace the transition.