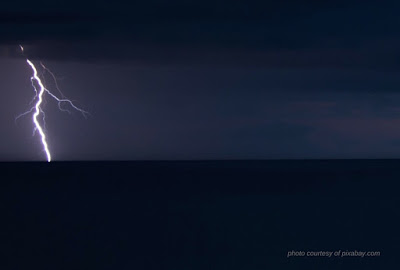 The front porch of our little, off-white stucco house in Medora, N.D., was a magical place to be on hot, muggy summer evenings.

I was about 5 years old, and it was father-son time. I’d lean back, feel the strength in his chest and the arm around me, enjoy the cracking of peanuts in one of his big hands or the aroma of tobacco as he puffed at his pipe from time to time.

I’ve never been sure if the tobacco was Velvet or Half and Half or Prince Albert, but it came in a tall, skinny, red tin with a thin oval base and lid. Smelled wonderful. He gave up his pipe not long after that, but over the years I’d catch the scent from somewhere else and smile.

I was in a Men’s Hair House a while back and asked about something to make my prickly beard a little less rough. My stylist showed me an oil that’s supposed to tame that kind of thing. Came in three scents. Didn’t like the first one. Took a whiff of the second and was back on that front porch again, far-off rain and Dad’s pipe tobacco in my nostrils.

Martin C. Fredricks III was a huge man to this 5-year-old. Six-foot-five and 240 in his prime, broad shoulders, Herculean arms and the longest stride in the world. Rooms shrank when he entered them.

He worked maintenance and did whatever else needed doing for the Gold Seal Co., which pretty much owned Medora except for the National Park Service homes and facilities on the far end of town.

Living there was a nearly unique experience shared by only about 100 souls who made it home year-round. Thousands of tourists all summer, but come fall, through the winter and into the spring, it was quiet, fresh and amazing in ways that only the North Dakota Badlands could be, with the clanging of a two-room schoolhouse bell and white tails walking down Main Street at dusk.

For a son who idolized his father, it was perfect.

I went with him everywhere. I’d pull myself up onto the floor of the big Ford pickup he drove and climb onto the couch seat right next to him. I tagged along to the Medora Musical when he took tickets and saw Teddy and his Rough Riders charge up San Juan Hill dozens of times. I took in the sights, smells and sometimes bawdy talk down at the shop. We caught catfish out of the Little Mo’ and he taught me how to pick Orion out of the night sky. He explained the burning coal veins and took me across a spring-flooded creek that could only be negotiated in a hand-drawn cable car. On frigid Saturday afternoons we sat downstairs in front of the fireplace watching hockey games and Peter Puck cartoons between periods.

One of his jobs was feeding the zoo animals during the off season. I loved watching the wolverines snarl and foam at the mouth when he slid food into their cage. And I couldn’t wait to go feed Joey, a young antelope buck who was all alone in his pasture, no other bucks to butt heads with or does to impress.

Joey answered to the name Dad gave him, ate from his hand, then begged to push his head up against Dad’s thigh. I always thought Joey’s desire or need had something to do with his development, antler growth, maybe, but the North Dakota Game & Fish Department tells me it was simply playful behavior, an invitation to “fight” just like dogs who nip at each other. Dad obliged.

A few months later we’d be on the porch again, enjoying the heat lightning. 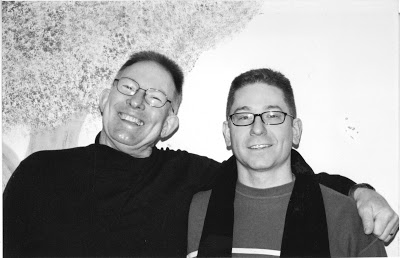 I’ll always think of him as huge, even though he was never as physically imposing as he appeared to that 5-year-old out in Medora. It was the wide, crooked, ever-present smile on his face, underscoring the twinkle in his smiling blue eyes. It was his massive capacity for love and infinite time for the people he loved. The limitless reserve of patience for others. The gigantic laugh. And his immeasurable devotion to doing the right thing.

I bought the beard oil, but trimmed my beard short again not long after.

Turns out I don’t need it anymore. But I still need Dad.

So on Father’s Day, just like every other day, I’ll rub in some oil. And for just a moment, I’ll hear the far-off, rolling thunder.