And, Please, No More “Republican Lite” 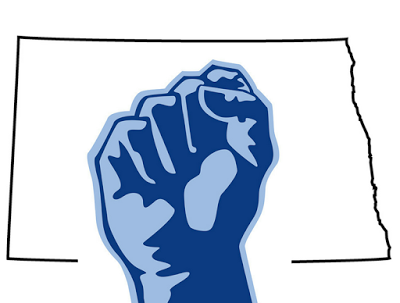 Byron Dorgan once got my ass kicked.

That’s not literally true, of course. I can’t remember the name of the kid who actually trounced me in a back alley half a block from Jamestown Junior High when I was in the 7th grade, but it did start with our future senator.

It was 1980. Dorgan was the North Dakota tax commissioner and Democratic-NPL candidate for the U.S. House. My parents were strong Democrats, and Dorgan was their guy. They talked about his campaign around the dinner table, and why they believed he was a good man. He stood for the right things, they said.

A few weeks before the real election, one of the 7th-grade teachers held a faux one. He wrote each open office and the candidates’ names on the blackboard, and we were to cast our ballots.

I stood up before voting began and proclaimed that anyone who didn’t vote for Byron Dorgan was a moron, and I’d meet them in the alley after school.

Dorgan won the votes, that day and a few weeks later.

I lost the fight. In a landslide.

Shortly after the election of Tom Perez as the chair of the Democratic Party this past February, progressive commentator John Nichols wrote about “The Battle for the DNC.” To be successful, he said, Democrats…

…must resist the uninspiring lesser-of-two-evils arguments that leave voters wondering if Democrats stand for anything…. Parties win when voters know what they stand for, and when what they stand for isn’t winning for the sake of winning, but a clearly defined set of values.

A couple of weeks earlier I was speaking to a Dem-NPL activist who has worked on multiple campaigns for the N.D. Legislature and helped several candidates get re-elected. “We don’t even say we’re Democrats,” this person said. “We just talk about how they should be re-elected because of the great job they’ve done.”

A few weeks after Perez’s election I heard about someone who didn’t want a meeting of Dem-NPLers streamed live because, “Who knows what they’ll use against us,” referring, of course, to the Republican party.

More recently, people have been saying the Dem-NPL needs to keep its message moderate, that if we’re too progressive we’ll lose.

Hmmm. Seems to me we’ve already been doing just that for a long while.

It’s tough to be a Dem in one of the reddest states in the Union. It can be frightening to go on record for fear something will be taken out of context and used in a campaign ad. And admitting to being a progressive in this state? Some would say that’s the political equivalent to taking a razorblade to your own wrists.

I get it. But I’ll never believe in it.

Instead, I believe in the ideas, ideals and values I absorbed growing up in a Democratic-NPL home.

Helping people who are less fortunate is a responsibility, just like protecting our children, always telling the truth, caring for family members and admitting mistakes, regardless of the negative consequences.

Everyone deserves the same shot, and if they screw up, a second. Taking care of the planet is crucial, and it starts in our own back yards. Never judge books, or people, by their covers, figurative or literal.

All people, regardless of gender, should earn the same for doing the same jobs. We should not cede control over our bodies to anyone. Gay, straight, LGBTQIA – doesn’t matter. We’re all human beings deserving of empathy and respect, until we do something to lose them.

In my judgment, people who believe in these things have a right, perhaps even a responsibility, to be proud of it.

I say it would be better to lose 1,000 elections, maybe even 10,000, standing up for what we believe in, taking pride in our values and view of how the world should work, than to win even one race by hiding who we really are or making so many concessions our core values are compromised.

If someone beats us up verbally for what we believe, stand strong. If they take us out of context, explain again what we mean and why it matters to our families, friends, neighbors and coworkers.

Many Democrats will say we’re already doing this. I’ve seen individuals who are, and I applaud them. But I still see a tendency to downplay in the face of the supermajority, to round off the rough edges so, presumably, Dem-NPLers are more electable.

Boy, oh boy, are we sick of those numbers. Right? But the fact is they’re only a continuation of a years-long trend. We should post them, in huge letters, next to our nightstands so they’re our first sight of every day.

Clearly, we need to change our approach.

In my view, part of that is to stop being “Republican Lite.” We need to offer a more distinct alternative. Be Democrats. Say so loudly, clearly and without flinching from what might come.

Principles and backbone – what the old timers might have called “sand” – still count for something in North Dakota. We should dig our heels into that sand, find bedrock and stand stronger.

We’ll lose some elections, but we’ll win some, too. And I believe that, over time, as people begin to appreciate our values and the way we stand up for them, we’ll win some more.

It was stupid to challenge my classmates to fisticuffs over a fake election, and violence never solves anything. No denyin’ that, either.

But if you’d asked me, even then, as I picked myself up from the back-alley gravel and wiped blood from nose to sleeve, I’d have said it was worth it.

The only place real value can be found is in staying true to yourself.

We need to stand for something. Lots of things, actually. Let’s make sure “Democrat” is the first thing.

If you like this post, please scroll all the way down to the bottom of this page and sign up to get new IV Words in your inbox. Thanks!