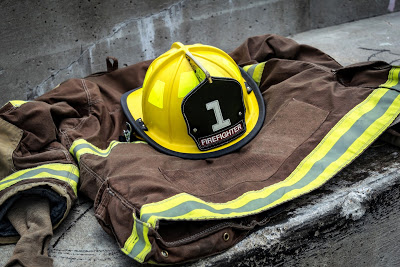 This will likely become a debate about personal freedom.

“People are doing it, anyway,” goes one argument for allowing fireworks within city boundaries. “People in West Fargo can do it,” runs another. “I should be able to do what I want on my own property,” goes a third.

Should be able to. In other words, “have the freedom to.”

But whose freedoms are we talking about here?

It can be the parents who will lose their home when it burns down thanks to someone else’s fireworks running amok.

It might be the firefighter who will risk his life to save their children from the blaze.

Will it be the combat veteran whose post-traumatic stress will send her ducking for cover every time a firecracker explodes near her home?

How about the guy who will be badly injured when an overpowered explosive blows up in his hand? Or the kid who will lose an eye when his best friend nails him in a bottle rocket fight?

Maybe it’s the infant who can’t get to sleep because of all the noise, and her parent, who knows it’s going to take weeks to get her back on a reasonable wake-eat-sleep-wake-eat schedule.

It could be the refugee who fled the explosions of a bloody, war-torn nation, who has become part of the American experiment and whose nightmares are renewed with every blast.

In the category of last but certainly not least, it can be the owners of dogs, cats and other pets that shudder in their arms, yelping in terror with every ka-blam!

Headlines around the 2017 holiday might inform the commissioners’ decision-making:

“Fireworks to blame for several fires in West Fargo”

“‘An unexpected boom’: Fourth of July fireworks put some combat vets on edge”

The comments of Fire Chief Steve Dirksen should carry some weight. He told the commission that West Fargo had one fire attributable to fireworks in the three years prior to loosening its restrictions, but there have been nine fires in the three years since. They resulted in more than $200,000 damage.

Hundreds of excessive noise calls to police around every July 4, house fires, mangled appendages, accidental deaths – in the midst of the barrage, it can be easy to forget what we’re really celebrating.

Once a year, we pay tribute to people who had the courage to sign a document proclaiming the colonies’ independence from unreasonable British rule, and to fight for it. We commemorate the enduring spirit of citizens who have, for centuries now, refused to submit to anything but self-rule. And we celebrate our rights, including the freedoms to express opinions, peaceably protest injustices and vote without fear of reprisal.

One person’s prerogative to harm others’ emotional or physical wellbeing, or to damage their property, is not on the list. Freedom does not equate to a license to set fire to another’s home or cost everyone in the form of taxes for public services like fighting fires, saving lives or keeping the peace.

This discussion needs to be about costs, community courtesy and public safety.

After all, our freedom is so much more than a loud bang or a flash in the night sky.

Also published in The Forum on July 23, 2017, under the headline “Fireworks debate about safety and costs, not just freedom”