Skip to content
Martin C. Fredricks IVAugust 6, 2017CommunityLeave a Comment on Putting the Shoe on the Other Foot 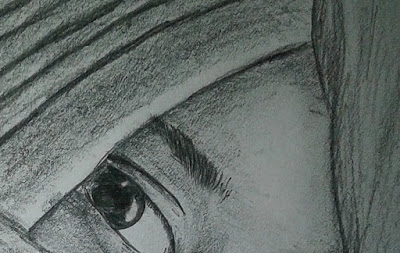 What if it had gone down like this, instead?

“Three Somali-American women were recorded Tuesday, July 25, threatening a lone white woman in the Walmart parking lot on 13th Avenue South in Fargo because she parked too close to their car.

“‘We’re gonna kill all of ya,’ one of the three Somali-Americans said to the woman, who recorded the encounter with her mobile phone from inside her car. ‘We’re gonna kill every one of you (expletive) Christians.’

“The woman said she started recording so there would be evidence of the Somali-Americans’ ‘unacceptable’ behavior. ‘I wanted everyone to see what happens to us every day,” she said. ‘I was so scared.’

If it had happened like that, losing jobs probably would have been the least of the Somali-Americans’ worries.

Considering what already showed up online when they were victims, not perpetrators, local backlash would have been a given.

Threatening to kill Christians?
Who do they think they are?
Send ‘em back where they came from!

And those would have been among the calmer reactions.

Phrases like “security threat,” “terrorist watch list” and “deportation for non-U.S. citizens,” come to mind, along with Department of Homeland Security, Immigration and Customs Enforcement, and Immigration and Naturalization Service. Would the Somali-Americans, their family members and friends have been subjected to heightened scrutiny, as well?

But that’s not how it happened.

Instead, the hate poured out of the white, presumably Christian, woman, who assured the Somali-Americans that an unidentified but ominous “we” would be hunting them and all Muslims in this country. They recorded her, the video went viral and she lost her job at a small Fargo firm.

It’s natural to want something positive to result from such a nasty incident.

The picture on the front page of The Forum, with the white woman’s arms draped around two of the Somali-Americans’ shoulders, was unsettling. The contrast to the revolting image from the video was striking. Hard to believe, even.

A few days later another story proclaimed, “The incident has since had a happy ending with Police Chief David Todd bringing two of the victims together with (the white woman), and they made up.”

It would be nice to believe the outburst was simply the result of a really bad day, but hate like that doesn’t just come out of nowhere. It hides deep down in the heart of hearts. Its outward expression is as ugly as the video showed it to be. And, sadly, it’s not limited to one person in a parking lot.

It would be great if what we saw in the photo opp was the best desired outcome. That was a start, but there has to be more.

This and other, less publicized verbal and physical attacks against people who don’t look like the majority need to lead to something nobler than a few minutes of North Dakota or Minnesota nice.

It might be useful, for the good of our community, to start with a question:

What if it had gone down the other way, instead?