This was pretty cool –

Yesterday, I read this story by Marcus Hayes, a reporter/columnist at The Inquirer, Daily News and philly.com in Philadelphia: “Carson Wentz oushines Dak Prescott as Eagles Destry Cowboys.”

The story contained this…

This was pretty cool –

Yesterday, I read this story by Marcus Hayes, a reporter/columnist at The Inquirer, Daily News and philly.com in Philadelphia: Carson Wentz outshines Dak Prescott as Eagles destroy Cowboys.

The story contained this –

“A prime-time national audience watched the North Dakota Kid make play after play in the Jerry Dome, where the Dak Attack led the Pokes to the playoffs a season ago.”

Right away, a blog post I wrote 14 months ago came to mind:  Carson Wentz – “The Dakota Kid”?

For fun, I tracked down an email address for Mr. Hayes and sent him this note – 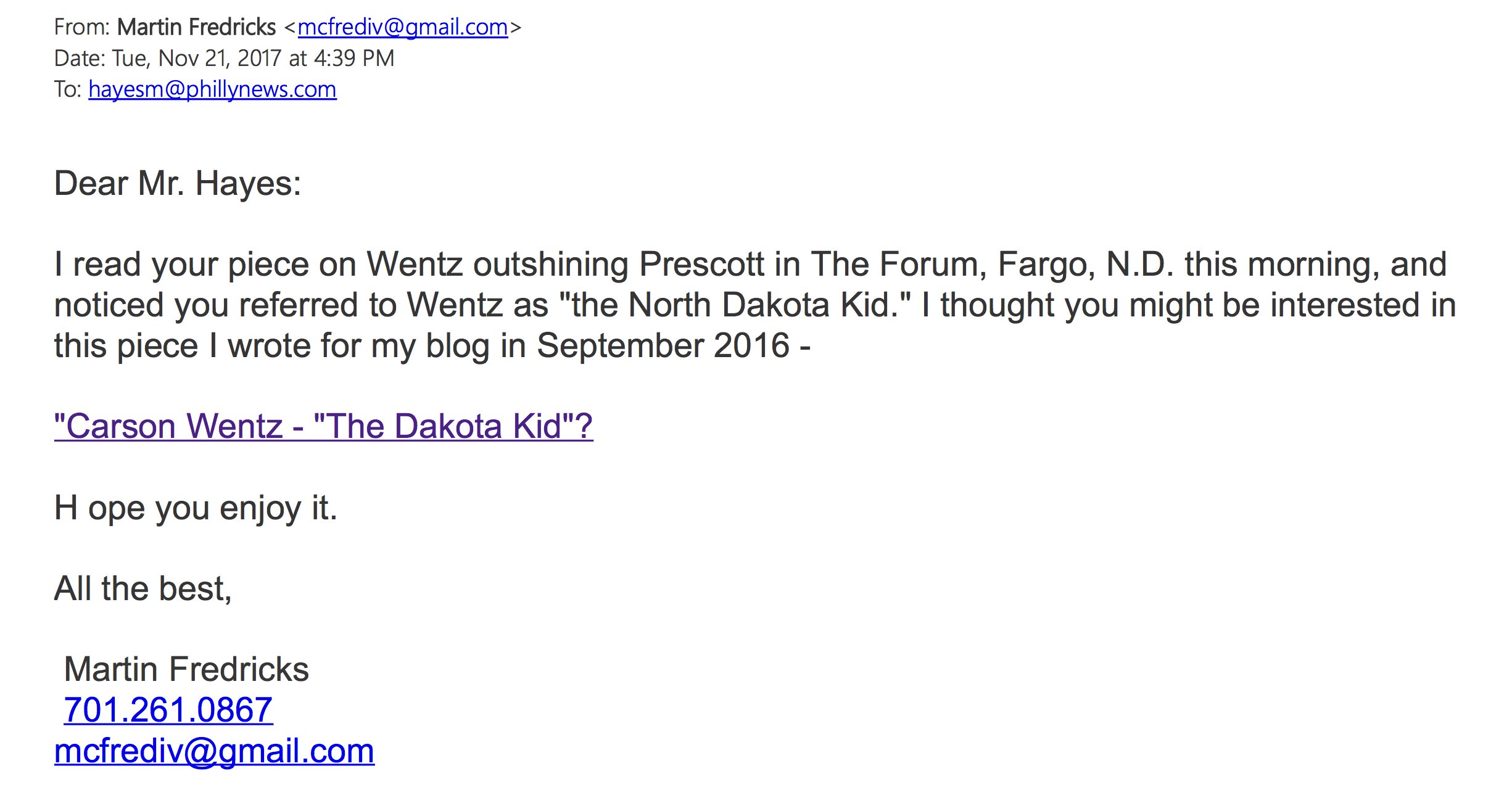 To my surprise, a reply hit my inbox in less than 2 minutes: 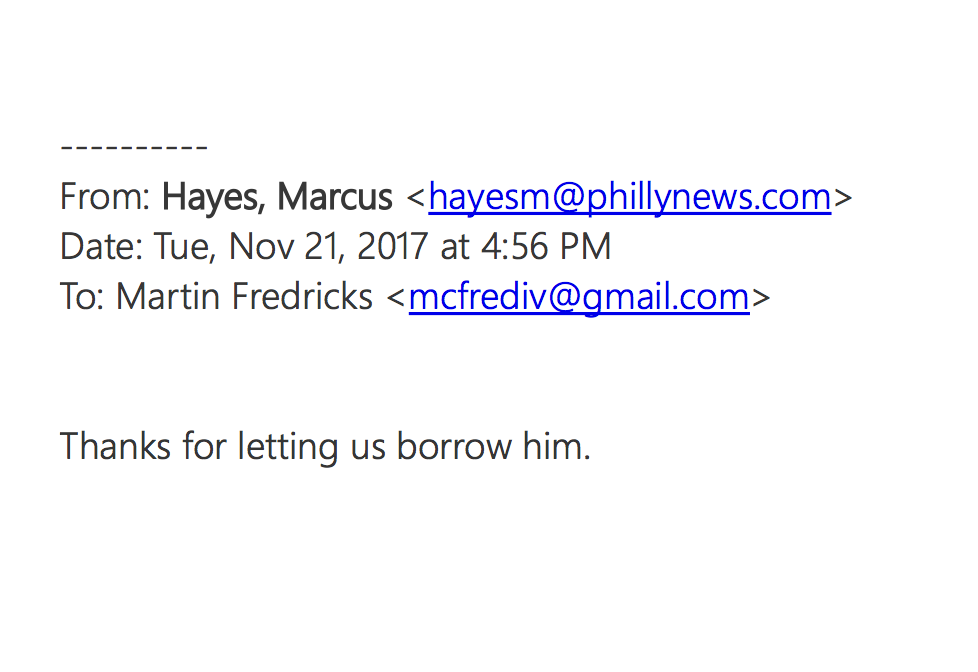