Skip to content
Martin C. Fredricks IVFebruary 20, 2018Politics/GovernmentLeave a Comment on I Call BS, Too, and I Can No Longer in Good Conscience… 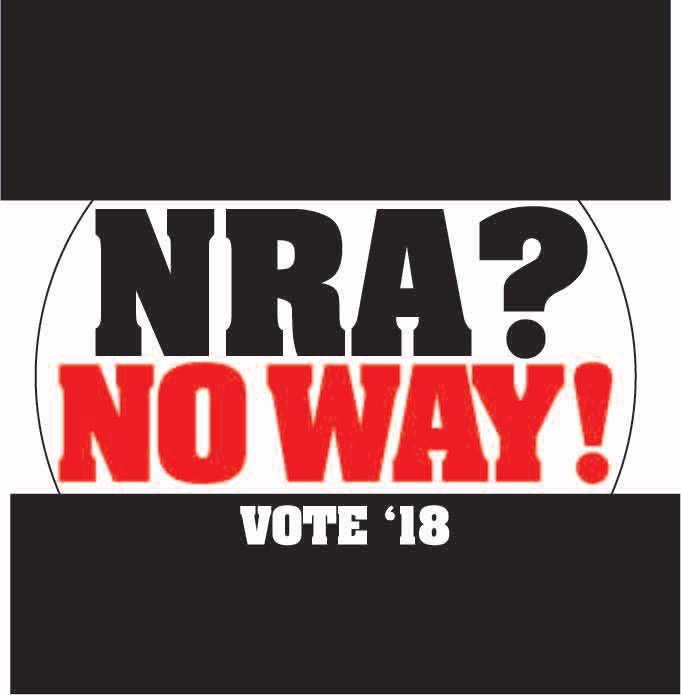 Please join me in saying NRA? No Way!
and using #NRANoWay on social media.

My Facebook friend, Steven G. Johnk, a.k.a Spider, created this graphic. It’s right in line with what many of the survivors of the Parkland, Fla., school shooting are saying.

“We’ve sat around too long being inactive in our political climate, and as a result, children have died. If our elected officials are not willing to stand up and say, ‘I’m not going to continue to take money from the NRA because children are dying,’ they shouldn’t be in office and they won’t be in office because this is a midterm year and this is the change that we need.” – David Hogg

Watch for yourself:
“Parkland students say, ‘We are going to be the last mass shooting’”
“Florida student Emma Gonzalez to lawmakers and gun advocates: ‘We call BS’”

These students, and a group called March For Our Lives are planning a protest in Washington, D.C. and other cities around the country for March 24. I’ll be with them, I hope physically but if not then at least in spirit.

There’s a school walkout protest planned for April 20. My kids will have permission to participate.

And, finally, I will no longer vote for candidates for office who are members of or take money from the National Rifle Association.

People I know and respect are afraid of what might happen if they withhold their votes. They say that, while their representative or senator is a member of or takes money from the NRA, they vote the right way on other issues. They’re afraid if they don’t vote for that incumbent, or a desirable replacement, the other, less desirable candidate will win the election. And where will that leave us?

They’re absolutely right. To them I say, “I get it. I feel you.”

But here’s the thing –

I can no longer, in good conscience, support anyone who aids and abets the NRA in its quest to keep as many guns as possible in our communities and on our streets.

I will no longer settle for the least objectionable candidate.

I reject “lesser of two evils” justifications when it comes to my representatives. Just because the alternative is worse doesn’t mean the better alternative is good.

Members of Congress and state legislatures who take money from the NRA, or believe what it preaches, have blood on their hands. If I continue to vote for them, or candidates vying to replace them, blood will be on mine, too.

I have three children in public schools.

To get my vote back, members of Congress and state legislatures need to repudiate the NRA narrative, cancel their memberships and vow to eschew campaign funds or backdoor deals from the organization.

Call me naïve if you must, but I’m not. My eyes are wide open. But I’ve had enough. I can’t stomach seeing any more dead kids, or adults for that matter, on my television, in my newspaper or on social media, the victims of mass shootings.

It’s all become very simple. If a candidate enables the killing of our children, they will do so without me.