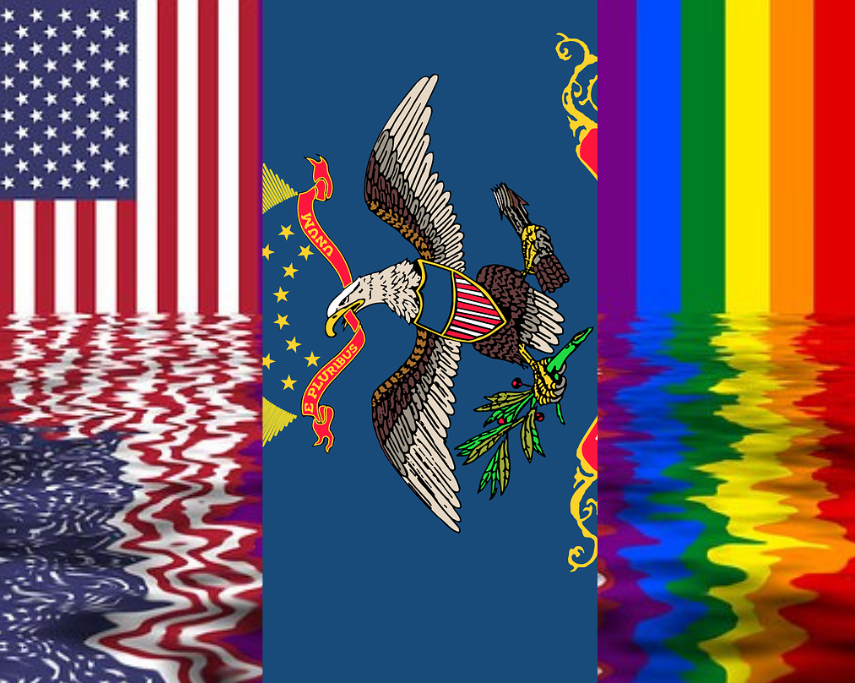 Martin C. Fredricks IV is the 4,444th openly heterosexual blogger to write about politics, government, climate change and the environment in the United States.

I provide this information because a story in the local paper this morning made clear how important my gender identity/sexual orientation is to helping my readers understand anything and everything I do.

The story was about North Dakota Rep. Josh Boschee’s intentions to run for minority leader of the N.D. House of Representatives.

In identifying the representative, the reporter wrote, “Boschee has served in the Legislature since 2013 and is the state’s first openly gay lawmaker.”

As I’ve done so many times, I mumbled to myself, “What’s the difference?”

To be fair and impartial, shouldn’t that have read:

But no, for the billionth freakin’ time, a reporter and/or news organization decided that is the one fact that absolutely MUST be “reported” in nearly every story Boschee’s mentioned in.

I studied journalism, practiced it for a while. I understand the newsworthiness of someone or something being first. I get it.

For example, if Stacey Abrams emerges victorious from the voting wars in Georgia, she’ll be the first black female governor in the nation. That will be news not only because she’ll be the first, but also because the information will be timely. There’s a reason the root of “news” is “new”.

I don’t recall exactly when it became generally known that Rep. Boschee, Dem-NPL, District 41, is gay or what the circumstances were. But I know this – it was long enough ago, and it’s so well-known now, that there is absolutely ZERO reason to mention it anymore. He was the first, but the “news” value is gone. It is no longer timely.

More to the point for journalists, the fact neither adds anything to the story nor clarifies anything that might otherwise have been difficult for a reader to understand. It will not come into play during the friendly struggle to determine who will be the next Dem-NPL minority leader.

“First” As News Has Long Since Past

I have no idea what Boschee thinks of all this. For all I know, he likes having that qualifier added into every piece about him the media churns out. Maybe he just laughs it off every time. Or, most likely, he really doesn’t give two craps.

Which is kind of the point.

This little tidbit about Boschee is like reporting he has brown hair or blue eyes (I have no idea about the eye thing…). Those factoids might be interesting to someone, somewhere, but, no offense to Rep. Boschee, I don’t give two craps. In this context, they’re irrelevant.

Lesbian, gay, bisexual, transgender, questioning, queer, straight… for the story I read today, none of those labels has any bearing.

Lesbian, gay, bisexual, transgender, questioning, queer, straight… the only time any of them should be mentioned is if someone who uses or accepts one of those identifiers is part of a story in which gender identity or sexual orientation is a key element or subject of the story itself.

In this case, what matters is the man’s philosophy, voting record, bills he’s introduced or voted for, or anything else that’s actually relevant to his public service.

It’s time for Boschee’s status as “the state’s first openly gay lawmaker” to become a footnote, or at least a bullet point somewhere near the bottom of the list of facts and accomplishments in his official bio.

It’s time for the news media to come up with a new secondary identifier for someone who is a representative in the North Dakota House and a fine public servant. Period.

So says Martin C. Fredricks IV, the 4,444th openly heterosexual blogger to write about politics, government, climate change and the environment in the United States. Period.