Being a “progressive” in North Dakota can be tough. No doubt about it.

This state is so deep red that even the sky is crimson a good part of the time. Especially around suppertime. What’s up with that? To be fair, it’s blue once in a while, too, but always a very light hue.

Even so, there are some things about being a “progressive” in North Dakota that are worth considering. Here are the top 10:

10. Enter a crowded room and you’ll always know exactly where you stand. Don’t worry, it doesn’t take long to get used to being alone in the corner…

9.  Few people around here really understand “progressive” – they’ve never seen one in real life – so you’ll be surrounded by an aura of mystery. The only downside is no one appreciates the sarcastic messages on your political T-shirts. 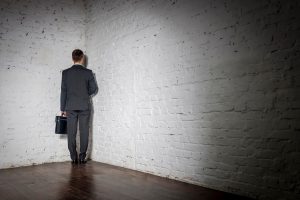 7.  Meeting space is never an issue. North Dakota “progressives” get together once a month in two Nissan Leafs parked side by side with the windows down, regardless of season, usually in the parking lot of the Dairy Queen right across the Red River in Moorhead, Minn.

Only problem is explaining directions to the meetings to new people. Say “Leaf” and most North Dakotans immediately jump to sunlight flowing through trees on lazy summer afternoons; environmentally responsible transportation doesn’t cross their minds. Try to clarify by adding “electric car” and they reflexively holler “Road-use tax!”

One could say they kind of lose sight of the forest for the Leafs.

Say, is it chilly in here?

6.  When you say you’re a North Dakota “progressive,” most folks think you sell auto and home insurance and North Dakota is your territory. They make a hasty retreat and leave you alone. In the corner. Again.

5. Sometimes it feels like there are no right or left, liberal or conservative, have or have-not. There’s only crude or no crude. (Cue the “Beverly Hillbillies” theme.) Oil, that is. Swimmin’ pools, movie stars…

4. You’ll always be treated with the legendary “North Dakota Nice.” Even if, deep down, people are sure you’re alien spawn, they’ll never say so to your face.

3. You’ll be way left, even of the state’s Democrats. So far left by North Dakota standards, in fact, that you’ll never be in the frame of the annual group photos. So, if something goes wrong – and something always goes wrong – they won’t be able to identify you.

2.  There’s zero chance you’ll be acknowledged when truly “progressive” policies are proposed or – if hell actually does freeze over – adopted.

1. North Dakota “progressives” are always looking to join a good party. Even if it means being the extreme minority alone in the corner the majority of the time.