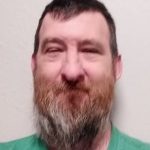 Road-use fees aimed at electric vehicles (EVs) and hybrids are punitive and unfair.

As of right now, there are 17 states that have imposed road use fees on EV, with nine other states still wrangling over this issue.

These fees range between $50 and up to $200, depending on the state, as well as the distinction made between all-electric or plug-in hybrids.

A lot of states make the argument that, because we as EV drivers don’t use gas, less money is going toward the upkeep of roads and bridges.

However, that just isn’t true.

In the majority of cases, the annual fees for electric cars are the same, and sometimes higher, than gas-powered cars.

The amounts of taxes paid by owners of EVs and hybrids are already high enough for states because the sticker prices on electric cars are high-priced from the outset.

Electric car owners pay far more in excise and sales taxes from the start, for example, more than owners of gas-powered cars pay. That’s because the tax amounts are based on retail values of the vehicles, which are far higher for electric cars than for gas-powered cars.

Beyond the normal taxes that buyers of electric cars pay for, they also are paying the taxes on the electricity that they use to power the vehicles.

So, road fees aimed at electric cars are punitive and unfair. Not only that, but gas cars also pollute our environment and contribute to climate change. Why aren’t they held accountable? States implement these road use fees on EVs and hybrids but do nothing to hold gas cars accountable for costs to society associated with pollution and climate change.

Further, these road-use fees do absolutely nothing to shore up budget deficits that state legislators claim they will fix.

We need to embrace the future, embrace electric cars, offer incentives and speed up the switch to cleaner cars.

To quote the Sierra Club, “If state legislators don’t want to prioritize fair fiscal laws, clean air, or closing budget shortfalls in meaningful ways, then they are forcing our hand. We are left with no choice other than to ban the sale of all gas-powered cars.”