The president wants to set up his own climate-change panel to refute the conclusions of the “Fourth National Climate Assessment.” It’s a dangerous idea. 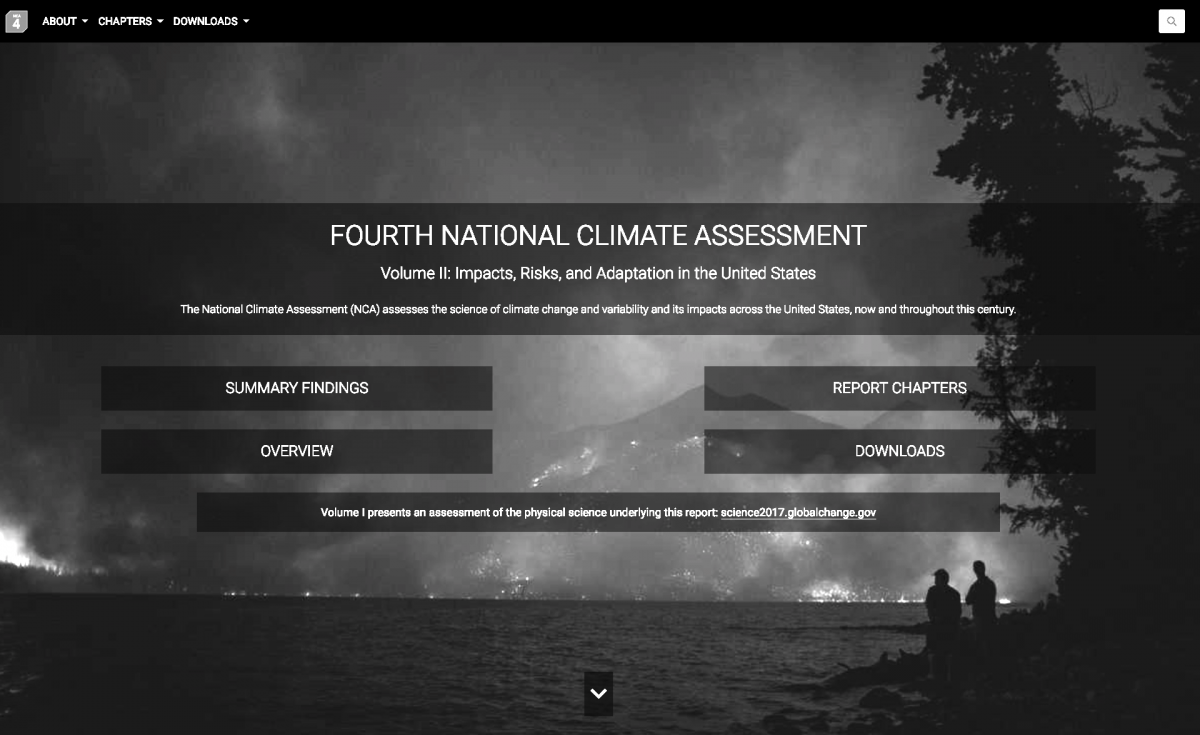 Don’t like what the climate change scientists are saying? Find different scientists.

No shock. That seems to be his modus operandi on, well, everything –

Unfortunately, in all cases but particularly in this one, that’s seriously dangerous thinking.

He’s Not Gonna Take It Anymore!

Trump denied the conclusions of scientists from around the world back in October 2018 when the United Nations Intergovernmental Panel on Climate Change released its “Special Report: Global Warming of 1.5 ºC.”

“Asked about the report… Donald Trump said, ‘I want to look at who drew it—you know, which group drew it,’” reported the New Yorker’s Elizabeth Kolbert.

Kolbert went on to pen one of the best lines of this whole debacle:

“… if a smoke alarm rings in the kitchen and everyone’s watching “Fox & Friends” in the den, does it make a sound?”

The report outlines the billions of dollars global warming is costing, and will cost, Americans. It also contains dire warnings based on region-specific information for people who will need to change how and where they live and conduct business.

When asked about it, Trump said infamously, “I don’t believe it.”

And in Trump world, if he doesn’t believe it, then it simply is not.

That, even though the “Fourth National Climate Assessment” was researched and written by the USA’S OWN SCIENTISTS from 13 federal agencies, like the Environmental Protection Agency, the National Oceanic and Atmospheric Administration and the U.S. Army Corps of Engineers.

(That is to say the individuals did work in those agencies. Given Trump’s whims and predilection for capricious firings, their continuing employment with the federal government is far from a given.)

Contributions also came from nongovernment sources, including corporations, independent research entities and universities across the country.

But, hey, why would we believe anything THEY have to say? Huh? Huh?

Which brings us to the proposal for a new panel of Trump’s hand-picked quasi-scientists. If it comes about, they will attempt to refute the conclusions of the “Fourth National Climate Assessment.”

Thankfully, there’s “mounting pressure” from reputable scientists, present and former national security experts and U.S. military personnel on the president and the White House Office of Science and Technology Policy to back off.

The Center for Climate & Science organized them and sent a letter to Trump on Tuesday, according to the Washington Examiner.

The military and national security experts comprehend something Trump, his lackeys and his corporate string pullers either don’t get or don’t care about:

Lives are at stake.

These are serious people, and they understand climate change presents significant challenges that cannot be overlooked or brushed under the political rug.

The information they and others like them rely on has to be, well, reliable. They’re only interested in the most accurate, science- and observation-based and up-to-date information possible. They do not want planners basing decisions for the present and future safety of this nation on faulty or quasi-science.

By All Means, Question Science

To be clear, one can question science, as scientists do continuously.

We all can, and should, question scientific findings and conclusions. Then we should accept the proof and get on with it.

“There’s no problem!” shouts the stable genius. “We’ve got scientists who say carbon dioxide is awesome for the planet and humankind. Best planet anyone has ever seen in Earth’s history! Bigly!”

Global warming threatens every person on this planet, including the deniers who are organizing to “counter climate change consensus.”

Thinking like theirs could harm the United States, not to mention other nations and the health of the entire planet, in devastating ways for generations to come.

Rather than working to discredit the “Fourth National Climate Assessment,” we should be using it to act now and plan for the future. All of us should, but in particular the president and members of Congress.

It’s what real leaders do.