Run-of-the-mill voters are believing revisionist and bait-and-switch storylines that Trump, his minions, enablers and supporters are spinning. This is what we’re up against. 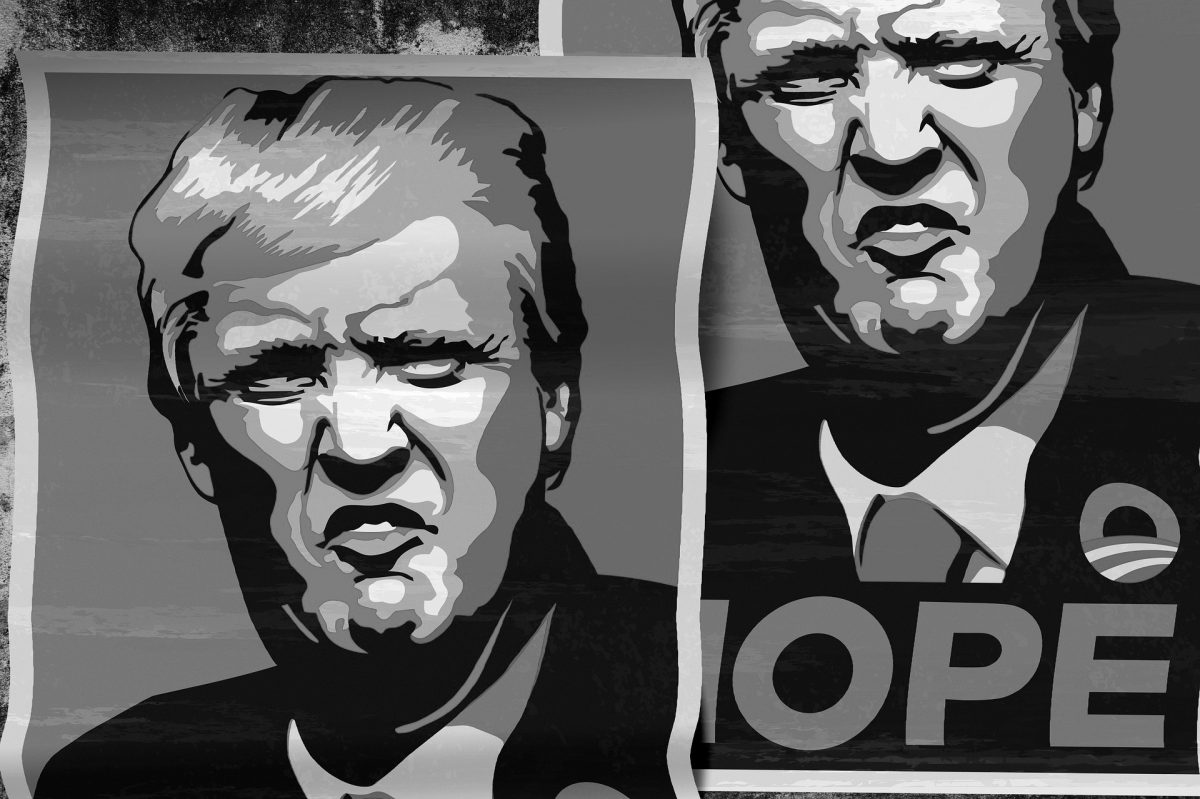 On Storylines and Who’s Buying the Lines of Bull

The guy was buying into Trump Revisionism whole hog, not to mention accepting the kind of bait-and-switch game that’s another of 45’s favorite tactics.

My guy said he’d heard about “some lady” who tried to cut $13 million from Special Olympics funding. Then Trump swooped in and saved the day.

“Not only did Trump put a stop to that, but he added an additional 18 million dollars to the funding,” he said.

He believed it unequivocally.

My guy is someone I like and, for other reasons, respect. I believe he’s at least average when it comes to intelligence. And yet, here he was, repeating misinformation as fact that could easily be disproved via dozens of reputable news organizations.

This is what we’re up against.

“Some lady” was actually Betsy DeVos, quite likely the most ill-equipped and unqualified secretary ever to be appointed to a president’s cabinet.

The $18 million was easy. That’s a round-up of $17.6 million cut to Special Olympics funding that was in – or rather, out – of the proposed federal budget Trump sent to Congress. It’s  the entire amount the federal government contributed to Special Olympics the previous year.

It’s hard to tell where the $13 million came from. According to a CBS News story, “Special Olympics… spends about 13 percent on fundraising.” That’s as close as the news stories I reviewed got to the number 13.

But never mind. Point is the story had been twisted and had trickled down, with all the facts garbled, to this gentleman. It’s the only time in history that “trickle down” has been shown to work the way some people say it will.

What is Trump Revisionism?

Trump Revisionism is pretending something that happened didn’t, or it didn’t happen how your adversaries KNOW it happened.

It’s not like Trump invented this tactic, but he’s taken it to a whole new level. One might even argue he’s weaponized it.

Trump the revisionist often says he didn’t say or do something he said or did yesterday, or an hour ago, if it suits his ever-evolving narrative, regardless of the evidence to the contrary. We’ve all seen the video and heard the audio. We know his version of “truth” changes by the minute.

Trump Revisionism can be initiated by the Liar-In-Chief himself, any one of his minions, the hucksters in the right-wing media (e.g., Faux News) or MAGAt Nation.

But again, never mind where the Special Olympics funding revisionism originated. Point is, my guy believed it. And repeated it.

The second tactic is one I’ve written about before:  the ol’ Trump Bait-and-Switch.

In a nutshell, this is creating a problem, pushing it like hell, seeing public opinion rise up against it, backtracking and then taking credit for solving the problem.

Trump’s done this many times, like when he offered to address the “humanitarian crisis” at our southern border, which his own draconian policies created, to get the $5.7 billion he wanted for his wall on the United States-Mexico border.

In this particular case, Trump proposed the cut, changed course following public outcry, then put the $17.6 million back into the Education Department’s budget. And regular Joes and Josephines are crediting him with solving the problem.

In the immortal words of John Adams, a president who was actually worthy and respectful of the office, “Facts are stubborn things.”

And Here’s the Result

“Not only did Trump put a stop to that, but he added an additional 18 million dollars to the funding.”

I almost fell out of my chair.

Are you fucking serious! I thought, struggling not to say it out loud.

In reality, I explained, the Trump Administration originally proposed the cut. Only after a lot of outside pressure from regular citizens, and a grilling of DeVos by a couple of Congressional committees, did the Orange Buffoon agreed to put the $17.6 million back in. It’s just fortunate for Special Olympics, its athletes, families and coaches that Congressional Democrats were able to force him to back down by pressuring him in hearings and, by extension, the court of public opinion.

Then I sent my guy a link to one of the, like, GAZIILLION stories from reputable news organizations that reported 45’s proposed cut to Special Olympics funding and how/why he backed off.

No response. I haven’t heard from my guy on this topic since….

How Will It All Play Out?

Ironically, according to Politico, 45’s theatrics related to Special Olympics have actually benefitted his original target.

“Rather than cutting off the Special Olympics from all federal money, lawmakers are weighing a possible increase for the fifth year in a row as high-profile advocates rally behind the organization and its programs in thousands of schools. The social media outcry over the threat to its funding stream is boosting the Special Olympics’ message — and private donations are expected to surge.”

Regardless of what happens with the nonprofit, liberals and progressives are left with a serious problem for 2020.

Regular people – those who aren’t fervently red or blue and who aren’t shouting out their disgust and anger at each other every day on Facebook or Twitter – are believing the storylines this shyster, his enablers and his supporters are spinning.

And they might just cast their votes along the same lines.

This is what we’re up against.