As extreme weather events caused by the climate crisis become more prevalent, reporters should make the cause-effect connections in their ledes or second paragraphs, not at THE END. 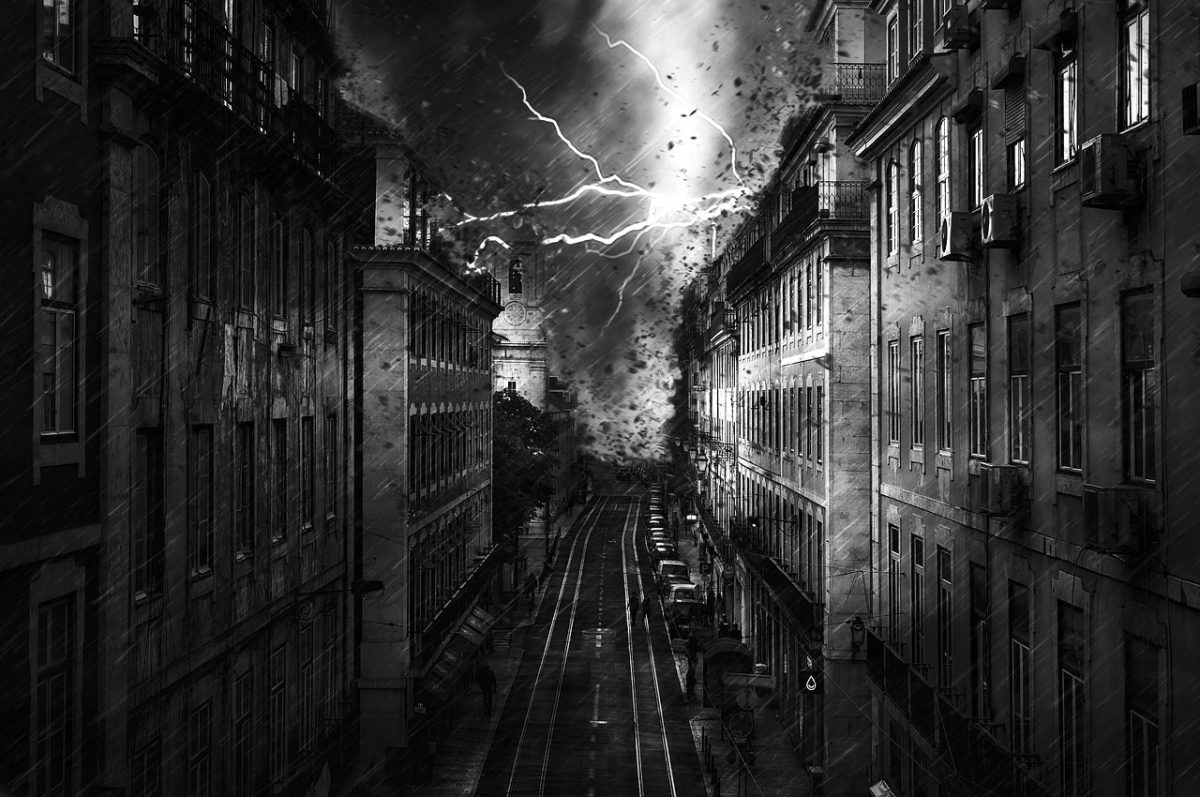 About a month’s worth of rain fell on Washington, D.C. in one hour. The torrent resulted “…in one of (the city’s) worst flooding events in years,” according to the Washington Post.

“The sheets of rain, with nowhere to run off, turned major roads into rivers while streams and creeks shot up 10 feet in less than an hour. The rushing water stranded scores of people in their vehicles, poured into businesses and the Metro system, submerged cars in parking lots, swamped basements and caused some roads to cave in, forming massive sinkholes,” the reporters wrote.

Climate change wasn’t mentioned until much later in the story, despite the proven connection between climate change and extreme weather events like this one.

Three days later, Bobby Magill, a national reporter for Bloomberg Environment, used their reporting as an example of stories mentioning climate change in the context of unprecedented weather events, suggesting reporters are already making the connection for readers.

Magill was on Climate Cast on Minnesota Public Radio. He was arguing that reporters shouldn’t be making decisions about whether a weather event is related to the climate crisis.

Journalists make decisions about their stories every time they piece one together.

Climate Cast is hosted by Paul Huttner, and on that day, July 11, his guests were Magill, who is also president of the Society of Environmental Journalists, and Genevieve Guenther, founder and director of EndClimateSilence.org. The day’s topic:  “When does climate change become climate crisis?”

The answer  is “decades ago,” but back to Magill….

Magill said cause-effect judgements should be left to climate experts and attributed to them in the story, not left as unattributed assertions.

But that entirely misses the point.

Just about every college journalism course in the nation teaches students what’s called The Inverted Pyramid.

The Inverted Pyramid method for constructing stories dictates that the most important information, the who, what, where, when, why and how (5W’s and an H) must be at the beginning of the story. Supporting materials and quotes should come next, in the story’s body. Merely interesting information related to the story is relegated to THE END, or the final paragraph or two.

There are two primary reasons for this:

So who’s deciding what is the most and least important information, what’s in the lede and what doesn’t show up until THE END?

Bringing Up the Rear

Here are the final two sentences of the Washington Post piece:

“Storm environments with these exceptionally high amounts of atmospheric water content are expected to increase from climate change-induced rising temperatures. And it’s plausible Monday’s rainstorm was intensified by the climate warming that has already occurred.”

One could spend a lot of time arguing the story could have, and should have, made much stronger cause-effect statements, with the cause for the extreme weather event being global warming and resulting climate change.

The science supports it, and news media should report it.

It’s part of the what in the aforementioned sacrosanct “5 W’s and an H.” Which also means it should be part of the lede (first) paragraph of the story, or at least in the first couple of paragraphs.

But let’s leave that alone for now.

We’re talking about where in the story the reporters chose – decided – to put those two sentences.

Reporters already place value judgements on, and make decisions about, connections between extreme weather events and climate change in the way they structure their stories.

They should attribute those judgements to experts with science-based bona fides, absolutely.

But by leaving the cause-effect attributions for the end of their stories, or not mentioning them at all, they’re doing society a disservice.

Extreme weather events caused by the climate crisis are becoming more and more prevalent on our planet. Unfortunately, they’ve become our “new normal.” Even so, we can’t just shrug our collective shoulders and stop paying attention. The new normal is going to get worse and worse if society doesn’t take preventative actions.

And that begins with placing the climate crisis blame, and the cause-effect, where it belongs.

Otherwise, the climate crisis really could be THE END for human civilization.