So-Called Columnist Needs to Back His Arguments, Not Resort to Name-Calling

Dumb. That’s what a blogger and columnist for The Forum, Fargo, N.D., calls the kids who joined the Climate Crisis Strike this past Friday, Sept. 20, 2019.

He says the parents and other adults who encouraged them to participate or supported them are dumb, too.

As I read the piece today, a scene in John Grisham’s novel, The Rainmaker, and the film of the same name, popped into my head. An insolent vice president of an insurance company, Everett Lufkin, is forced to read, in open court, a rejection letter he signed to a woman whose son was dying of cancer.

“Dear Mrs. Black: On seven prior occasions this company has denied your claim in writing. We now deny it for the eighth and final time. You must be stupid, stupid, stupid!”

Neither the novel nor the film explicitly states that the stupid one in that correspondence was Lufkin himself. There was no need. It was plain as the nose on his entitled, boorish face.

From here on out we’ll refer to the blogger and columnist in question – Rob Port – as Minot Lufkin. (No disrespect to Grisham intended.)

I’m loathe to link to such cowardly drivel – Minot Lufkin probably makes money with every visit to his blog, and The Forum gets justification for both its ad rates and publishing Minot Lufkin’s work every time someone clicks on a link to one of his columns – but you really have to read it for yourself to believe it. 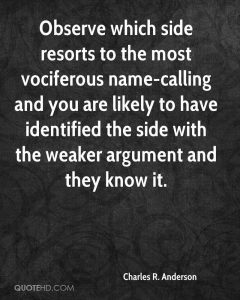 So Minot Lufkin wrote what The Forum passed off as a legitimate column, but what was really just rambling without facts or a logical argument to support his position.

Ever notice that people who make those kind of arguments quickly resort to name-calling and character assassination, much like a desert lizard scurries under a rock in the mid-day sun?

Which is exactly what Minot Lufkin did.

SCIENTISTS from around the world contributed to “Global Warming of 1.5°C,” a report issued by the United Nations’ Intergovernmental Panel on Climate Change in October 2018. The scientists concluded that humanity had only 12 years to make “urgent and unprecedented changes” to limit global warming to the 1.5°C target of the Paris Climate Accord. If we don’t, they said, we will reach a point of no return for accelerating global warming, climate change and the resulting devastation.

The IPCC report, and several other reports from national and international scientists, outline the problems that are already occurring around the globe, and that will get exponentially worse if we don’t do a lot in the next 11 years to curtail the release of carbon dioxide, methane and other gasses into the atmosphere – lost ecosystems, more extreme and dangerous weather events, food and water shortages, mass displacement of human beings and on and on. 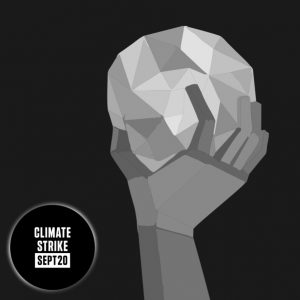 And, finally, here’s a logical argument:

It makes sense to listen to 98-99 percent of scientists who are telling us these things are coming if we don’t do something. They are trained experts. They use proven methods. They collect and analyze data. They know what they’re doing.

But then, clearly he’s no scientist, either.

The Forum should be ashamed for publishing Minot Lufkin’s so-called column today. It should regret printing cheap shots at people – mainly kids – who happen to disagree with him.

The piece had no place in a major daily newspaper, or any online or offline publication, for that matter.

To avoid further shame, The Forum should remove Minot Lufkin from its lineup of columnists. Immediately. Not because I disagree with him, as I always do, but because he has fallen to the lowest level of argument, with name-calling to boot.

The editorial page is – or should be – a place for sharing ideas and stimulating conversation on important issues, not for behaving like a schoolyard bully with limited intelligence.

All those scientists – dumb, eh?

And the more than 4 million people around the world who did the same – dumb cubed.

In the words of William Shakespeare, “The raven chides blackness.”

Minot Lufkin, we reject your claims.

It’s plain as the scientific evidence, the worsening devastation and the protest signs on the sticks.

Bravo to the youth who led the climate strike and the young people and adults who participated to draw attention to governments’ inaction and lack of leadership on the climate crisis. And kudos to all the parents, guardians and other adults who encouraged or supported them.

What they’re saying to world leaders is logical. It’s backed by scientific evidence. And it’s something that needs to be heard, over and over again.