A hard rain’s gonna fall. A harsh wind’s gonna blow. And impossible decisions are gonna need to be made. 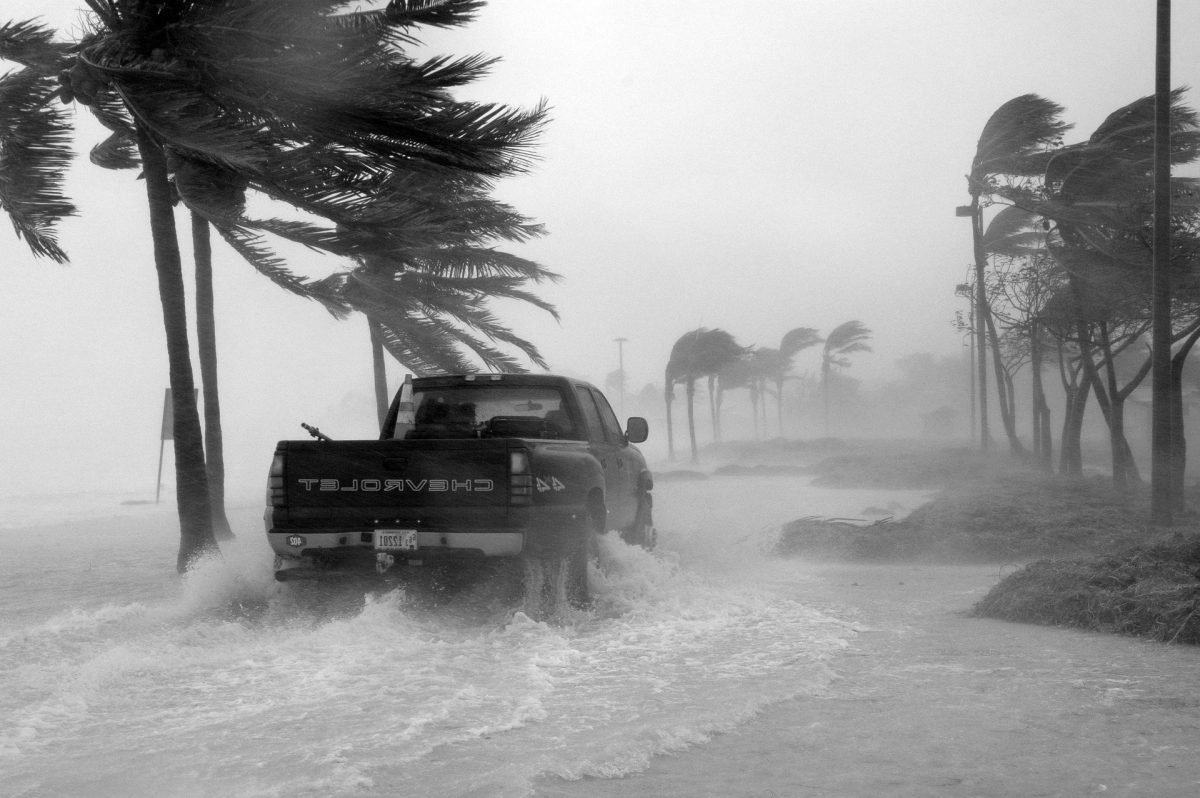 Climate change is a creepin’ in.

Not so subtly in some places. Low places. Places that’re getting lower still every day.

Like the Florida Keys. For undeniable evidence of rising seas, one need look no farther than the Keys.

And to paraphrase Dylan, all the gold and silver are, indeed, being stolen away.

Numerous news outlets recently covered some “hard decisions” that need to be made in the Florida Keys, specifically in Monroe County. The Miami Herald headline was representative of those from The New York Times, The Weather Channel and other outlets:

“At $60 million a mile, the Keys may abandon some roads to sea rise rather than raise them.”

That’s a lot of gold and silver.

The only words missing from the headline are “global warming caused,” as in “global-warming-caused sea rise.”

The body of the story makes the connection clear, however:

“Few places around the country have stopped servicing roads because of climate change, and it could lead to a legal backlash from homeowners who can no longer access their homes.”

And this quote, from Rhonda Haag, Monroe County’s head of resilience, succinctly sums up the big picture:

“Are we really going to spend $128 million to elevate three miles of road where 30 people live? It’s not up to me, but I don’t think so.”

The Rate At Which Oceans are Rising is Rising, Too

Unfortunately, with climate-change-driven sea rise on the rise, the Keys are only the proverbial canary in the coal mine for the United States.

Hundreds of miles of shoreline and inland areas are threatened already, and thousands more will be as global warming continues to cause ocean level increases.

In June of this year, USA Today published a list of 35 U.S. cities projected to “experience chronic flooding by 2060,” based on a report by the Union of Concerned Scientists. Miami Beach tops the list. Hampton, Virginia is #34. New York’s Long Beach is #30. The Upper Keys, Lower Keys and Key West are all in the top 10.

According to the National Oceanic and Atmospheric Administration, “In urban settings along coastlines around the world, rising seas threaten infrastructure necessary for local jobs and regional industries. Roads, bridges, subways, water supplies, oil and gas wells, power plants, sewage treatment plants, landfills – the list is practically endless – are all at risk from sea level rise.”

And the National Aeronautics and Space Administration (NASA) released a study last year that, based on 25 years of satellite data, documents the acceleration of sea rise caused by global warming.

“This acceleration, driven mainly by increased melting in Greenland and Antarctica, has the potential to double the total sea level rise projected by 2100 when compared to projections that assume a constant rate of sea level rise”

So, thanks to man-made climate change, not only are earth’s oceans rising, the rate at which they’re rising is rising, too.

This is happening. Faster and faster. Every day.

Before long, due to accelerating sea rise from climate change, officials in more places like Monroe County will be facing hard decisions that pit the costs of public infrastructure against the needs of individual home- and business owners.

Regardless of which way the winds of these momentous decisions blow, more gold and silver will be stolen away every single day.

The Big Easy Won’t Have It Easy

There have been other canaries in other coal mines, but, as a whole, the U.S. citizenry and leadership has blown off the early warnings. 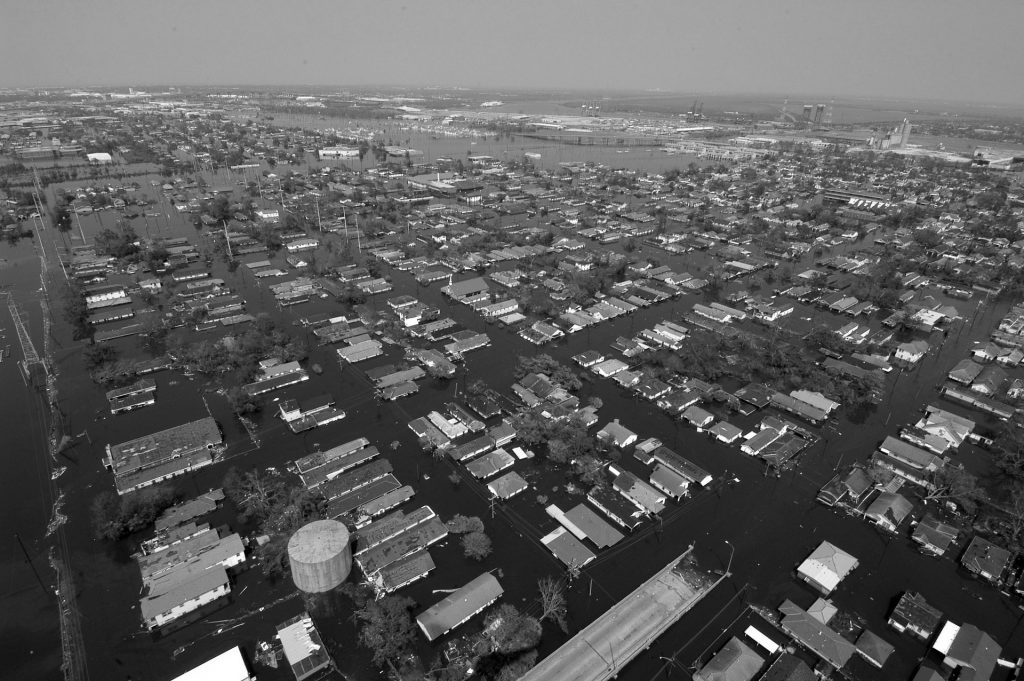 In September 2005, 17 days after Katrina devastated The Big Easy, then-President George W. Bush stood in the French Quarter and made this promise:

“Throughout the area hit by the hurricane, we will do what it takes. We will stay as long as it takes to help citizens rebuild their communities and their lives. And all who question the future of the Crescent City need to know: There is no way to imagine America without New Orleans, and this great city will rise again… the passionate soul of a great city will return.”

The speech was good politics, and the questions being asked by newspeople and “regular” folks were politically correct:

As with anyone who had a heart, mine went out to the citizens of New Orleans, greater Louisiana and other impacted areas. But, I thought, “They’re not asking the right questions.”

The question of the day should not have been how long, how soon or how much. Instead, newspeople and pundits should have been talking about global warming and climate change, and in that context asking the more basic question:

“Should New Orleans be rebuilt?”

Here we are, nearly 15 years later, and unless science and engineering come up with some seriously innovative solutions, the answer will turn out to be a resounding “No.” Sadly. Because huge swaths of New Orleans will be uninhabitable by 2050, and likely will be completely underwater by 2100.

How High’s the Water, Mama?

Johnny Cash inevitably comes to mind. The Man in Black shouts a prophetic warning from the grave –

Well the rails are washed out north of town
We gotta head for higher ground
We can’t come back till the water goes down,
Five feet high and risin’

Unfortunately, even now, after all the warnings from scientists and marches by world youth and international climate change summits, the message is falling on too many Americans’ deaf, self-deceived ears.

A hard rain’s gonna fall. A harsh wind’s gonna blow. And there ain’t gonna be no goin’ back for people in coastal areas of the United States or around the world.

Global warming truly is laying cities and regions low. And earth’s citizens, whether it’s those who continue to deny climate change or those of us who have been unable to convince, force or shame our leaders into crucially needed action… we will be laid the lowest of all.