A progression of weak arguments for dismissing the frontrunner is out there distracting caucus-goers and primary voters. 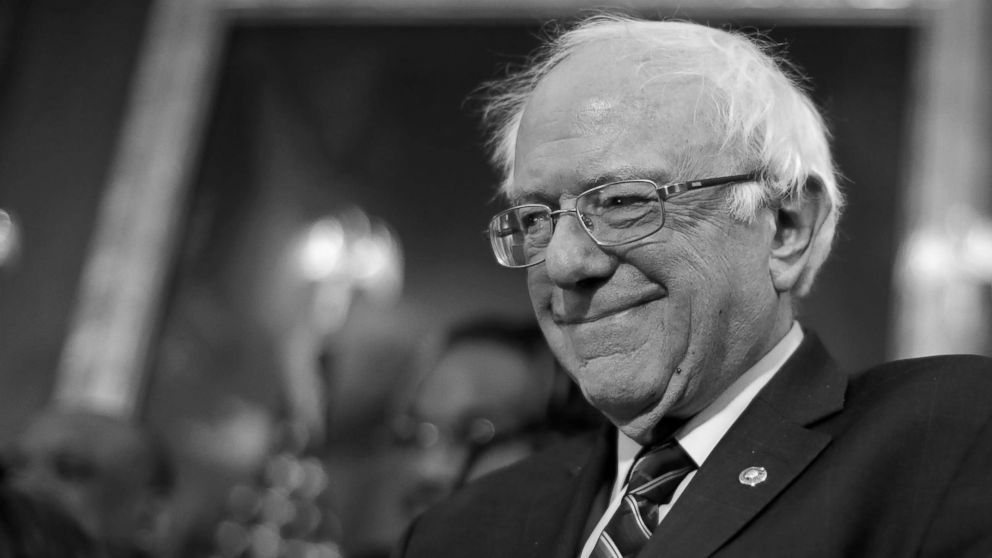 Bernie Sanders keeps winning caucuses and primaries, the latest in Nevada. The Democratic Establishment is freaking. It’s afraid of him. It’s doesn’t want him. So its devotees are working to sabotage him.

I despise what the Democratic Establishment did to Sanders and rank-and-file voters in 2016, and what it’s trying to do again.

A longtime Feel the Berner put it to me this way –

“This is a political movement that has incorporated a protest movement and two election cycles. This is the third phase. The corporate cable news networks (and corporate big print) are not going to report on ‘a movement’ that can only be characterized in one word as ‘anti-corporate.’ They’re going to instead diminish the larger movement’s banner carrier – in an election cycle,” they said. “The naysayers wrote this chapter by rigging the 2016 primary.”

I have to agree with that last sentence, especially. Establishment democrats blew it in the lead-up to 2016. Who hacked the DNC server? At this point, I don’t much care. But I do care about what the hacking revealed – specifically that DNC and other Democratic Party operatives were working diligently to discredit Sanders and hurt his campaign in any way possible in favor of The Establishment’s chosen candidate.

This time around, The Establishment is espousing a progression of faulty reasons for knocking Sanders down. I’ve heard each of the following from separate people in difference circumstances and on varying platforms over the past month alone.

Sanders is 78, and people are saying he’s too old. Some of those same people would be delighted to have Joe Biden as the Democratic nominee.  Biden is 77. He was born a mere 13½ months after Sanders. Elizabeth Warren is 70.

Perhaps it’s time we start placing stock in the wisdom of our elders rather than saying age limits them or makes them less worthy.

Sanders calls himself a Democratic Socialist, but he seems to me to be more of a Social Democrat.

Either way, there’s a big difference between those and socialism, a philosophy that advocates political and economic systems in which the state, i.e. the government, owns the means of production.

According to Encyclopedia Britannica, Social Democracy is a political ideology that generally espouses “… state regulation, rather than state ownership, of the means of production and extensive social welfare programs.

“After World War II, social democratic parties came to power in several nations of western Europe – e.g., West Germany, Sweden, and Great Britain (in the Labour Party) – and laid the foundations for modern European social welfare programs.” In other words, it’s what we see in many European countries today.

The welfare of society.

That doesn’t seem too frightful to me. In fact, it reminds me of what the flag bearer or another ideology reportedly said:

Screaming “socialist!” is simply a scare tactic, one that is not based on reality.

Even less true than the “socialist” jabs. And, according to the chief justice of the Delaware Supreme Court, which is one of the most important in the nation for legal actions involving businesses, people who believe it are showing “…a ‘profound ignorance’ of the market and history.”

Well, gee, let’s see. So far, he’s won or tied in all the primary contests. What about that says “not electable”?

To borrow the incisive words of columnist Kirsten Powers, “You know who else will ‘never’ be elected president of the United States? A former reality TV star with zero governing or policy experience who attacks war heroes, the parents of war heroes, brags on tape about grabbing women by the p___y, and…well, you get my point.”

The rules and norms have changed. We can thank the orange menace for that. What held true in the past cannot be relied on today, and definitely not for this 2018 election.

The vast majority of left-leaning people are going to cast anti-Trump votes. You know –  #VoteBlueNoMatterWho. As long as we all follow through on that promise, Sanders will have as much chance of winning the general election as any other candidate. In fact, many polls show him beating Trump by greater margins than the other nominee wannabes.

Furthermore, things have changed. I believe The Establishment seriously underestimates the ire of young people who are fed up with so-called “adults” ignoring the existential threats that are climate crisis, gun violence and economic inequality, along with a host of other economic and social justice issues.

They’re going to show up during this primary season. Believe it. They helped push Sanders to victory in Iowa and New Hampshire and, well… just look at what they did in Nevada.

However, if young voters perceive that The Establishment has once again taken away the nominee they believe in and are passionate about, they’re not going to show up for the general election. Believe that, too.

He’s not even a democrat.

So what? Pure party fealty be damned. Hundreds of thousands of Democratic Party members support Sanders’ candidacy, which in my book makes him a Democratic candidate. This will be especially true if he goes into the convention in Milwaukee with more delegates than any of his challengers.

If he wins the nomination, vulnerable down-ballot democrats will lose.

To quote activist and editor Jonathan Cohn, “Candidates up and down the ballot routinely disprove the notion that only white or male or centrist candidates can win a competitive election. And they do so by inspiring everyday people to put blood, sweat and tears (and money) into their campaigns.”

Regardless of who is the eventual nominee, down-ballot democrats will adjust their messaging accordingly, as they always have, to make it more palatable to their constituencies. A Sanders candidacy would give them an opportunity to adjust toward policies that make more sense for people than corporations.

Beyond that, every democrat everywhere should talk about how republican enablers are willing to slash Medicare, Medicaid and Social Security, all popular and necessary programs that Trump’s budget would decimate. They should hammer that message home, ad nauseam, in a persistent drumbeat that echoes in the minds of voters forever.

And just for fun, democrats should remind everyone that the republicans are O.K. with Russian intervention in our elections. They’ve voted against election-meddling bills that would curtail it, after all.

Finally, Sanders as a nominee will work just as hard as any of either party’s nominees of the past to help down-ballot candidates win. His team is passionate, motivated and gets things done.

If he wins the nomination, the Democratic Party will lose control of the House and give up even more ground in the Senate.

If none of these arguments sways voters in primaries and caucuses, the Democratic Establishment has a fail-safe.

Even if Sanders wins more delegates than any other candidate heading into Milwaukee, if he doesn’t have the majority the Fat Lady’s going to hold her tongue until after the second ballot at the earliest. And that’s when so-called “superdelegates” will make the choice for the rank-and-file.

And Democratic Establishment superdelegates will make damn sure Sanders doesn’t get the nomination.

That is to say, it probably will go to a second ballot unless some in The Establishment get their way. They want to hedge their bets even further, so they’re talking about changing convention rules so superdelegates can vote on the first ballot. Probably won’t happen, but they’re thinking it.

A Man With Plans

The Establishment is afraid of Bernie, but a lot of us – hundreds of thousands – think he has some pretty good ideas that would be good for the nation and the planet. It would be nice if they’d quit undermining him, and by extension those ideas that we believe will make a difference in people’s lives.

There is an outside chance Sanders could win a majority of delegates before the convention. To get that done, his people need to show up big time next Tuesday.

If not, as things stand now, we’ll probably wind up with an uninspiring, middle-of-the-road democrat who is dependent on corporations for funding, defaults to more conservative positions whenever they’re uncomfortable and fails to inspire anyone, especially young voters.

And The Establishment is worried about Bernie?

2 thoughts on “The Democratic Establishment vs. Bernie Sanders”