I thought we were all in this #VoteBlueNoMatterWho thing together. So why can’t Establishment Democrats quit attacking Bernie Sanders? 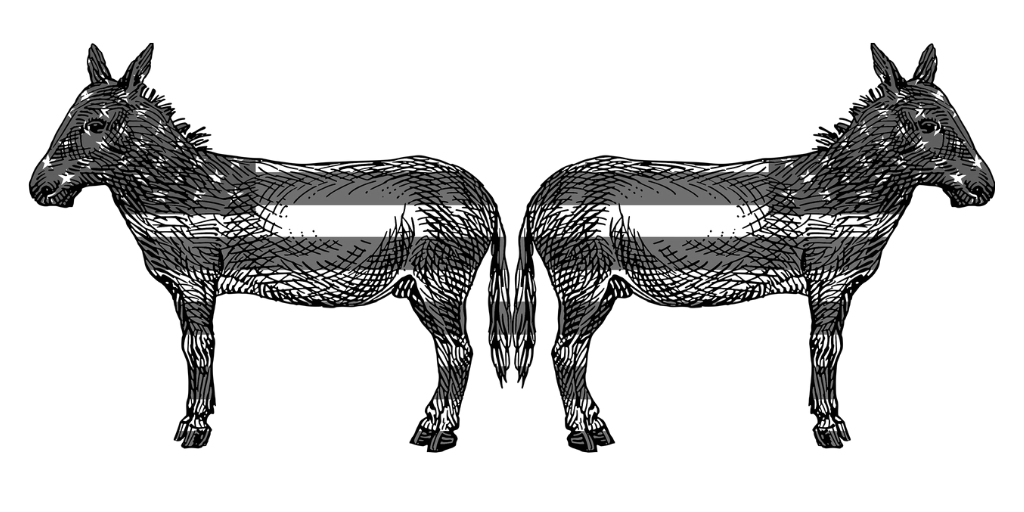 It’s impossible to pin down solid definitions, but here are some thoughts and examples.

I sat at a table during a Democratic district meeting in the lead-up to the 2018 election, participating in a discussion about what our district’s priorities should be for the election cycle.

All three Dem-NPL legislators in my district were up for re-election. I was saying that we, the democrats in the district, should spend some time thinking about, and perhaps compiling, a list of priorities so we could build messaging around them.

“That’s easy,” the guy sitting next to me said. “Just ask your legislators what the priorities are. They’ll tell you.”

The man is active in the state party and has run for statewide office. And he’d just told me that the party’s elected officials and elites would tell me what I should think and do, and that’s what they expected me to think and do.

I turned to him. “That’s not how this works,” I said. “We tell our representatives what our priorities are, and they do their best to make progress on our priorities in the legislature.”

His face turned red. Another state party operative jumped to the rescue.

That, ladies and gentlemen, is the Democratic Establishment in action at the district and state levels.

…What is the “Democratic Establishment” Anyway?”

As National Public Radio has pointed out in 2016, there does not seem to be a widely accepted definition.

Only two things are certain:

I’ve come up with a definition, but before I get to that here’s another example, this one is from the national scene.

Finney was the director of communications for the Democratic National Committee (DNC) for four years, was Hillary Clinton’s spokesperson in 2016, and in 2018, DNC Chair Tom Perez appointed her to the vaguely defined post of “senior advisor.” Today, she’s “an independent consultant working with political and corporate clients” and a regular commentator for a variety of media outlets.

Inskeep and Finney spoke about potential outcomes of today’s votes and chances for various candidates.

Before the end of the segment, Inskeep mentioned that many Bernie Sanders supporters are wary of what they feel are Democratic Party attempts to undermine him and deny him the nomination. He asked Finney what the party might say, if Sanders should emerge from Super Tuesday with a strong lead in the delegate count, to assure his supporters that will not be the case.

Finney launched into what she clearly hoped would be deflective comments about 2016 convention rules changes and Sanders’ participation in those discussions, etc., etc., blah, blah, blah.

Inskeep did his job. He interrupted her, saying he really wasn’t looking for a rehash of 2016, and restated his question.

She refused to say that, if Sanders is the people’s choice coming out of Super Tuesday, the party would begin supporting him or, at the least, stay out of his way.

So, Again… Who Are Establishment Democrats?

I searched and searched but came up empty. A fellow I respect offered this –

“The ‘Democratic establishment’ consists of people who are long-time devotees and activists in the party. They tend to be realists, and they try to elect Democrats, which means finding people who might win in moderate or conservative states and districts.”

There’s some reason in that. However, I don’t believe appealing to the middle is the only way to win. Further, given the dire crises of climate change, gun violence and economic inequality in our nation, I believe “realism” has taken on an entirely new meaning.

Here’s what I think –

Establishment Democrats are the party elite and their adherents. The leaders are engaged in politics and government and therefore tend to believe they know better than rank-and-file voters. They’re moderate, but will break right when uncomfortable on economic or social issues. They rely on corporate money to win and get re-elected, so they coddle select corporate interests such as coal, oil and gas and Wall Street. They are weak on addressing gun violence, social inequity and the climate crisis. They treat “Green New Deal” like it’s profanity.

As for “moderate,” a friend of mine has a quote from Jim Hightower in his email signature, and I couldn’t agree with it more – “There’s nothing in the middle of the road but yellow stripes and dead armadillos.”

Whether I’m super or very progressive is nuance; I combined them in “True Progressives” in a recent blog post/op-ed that reportedly set off democrats around the country. One might label me a social democrat, a “fringe” democrat or even say I no longer qualify as a democrat at all.

Hey, whatever keeps you comfortable.

It’s a shame you can’t even bring yourselves to say you’ll stop undermining my candidate, or at minimum quit attacking him publicly, even as I promise over and over again to support yours if s/he wins the nomination.

One thought on “What is the “Democratic Establishment”? And Who Are “Establishment Democrats,” Anyway?”