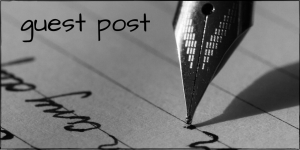 I mentioned that my Aunt Lois looked like Hilda, and Grandma agreed. She said that Grandpa was so overtaken by grief about the loss of his sister that he had the portrait made from a photograph so he could remember her. Grandma said Grandpa had always had a soft spot in his heart for Lois, his youngest daughter, because of her remarkable resemblance to his sister, Hilda.

Shortly after the New Year, 1919, Hilda and her sister, Viola – both young and healthy – took the train from Humboldt, S.D., to Alvord, Iowa, to visit their uncle and aunt, William and Ida Mundt. While there, Hilda and her first cousins all took ill with influenza. A doctor pronounced the attacks as mild and confined Hilda to bed. He said in a few days she would be up and around. A few days later, she felt fine and enjoyed her Sunday dinner, but an hour later was seized with heart problems; the influenza had settled in her heart. She passed away by 3 o’clock that afternoon, January 5.

Her family back in Humboldt received the news Monday afternoon, and her father John immediately left for Alvord to bring Viola back, along with Hilda’s body for services and burial. Because of the pandemic, the immediate family held a private service and burial followed by a congregational funeral service.

The obituary in the Humboldt Journal spoke of the community’s grief over the loss of such fine young woman, but also testified to ongoing losses the community suffered due to the pandemic.

“Miss Hilda Stofferahn was 19 years, 5 months and 22 days old. She was born in Dickenson county, Iowa, and came with her parents to Humboldt in 1900 (sic – actually 1899) and spent practically her entire life on the farm southwest of town. She was a robust, healthy girl and possessed all the charm of perfect womanhood. Her sudden and unexpected death is hard one for her family and for her large number of friends to realize. Besides her parents, four brothers and two sisters mourn her loss.  At a time where the Angel of death has taken so many from our community, The Journal finds it indeed painful to record the death of this splendid young lady. The community, sobered by the thought of other deaths, extends its sympathy to those whom this new sorrow afflicts.”

Even reading the obituary now, more than 100 years later, I become teary eyed.

I was thinking of Grand Aunt Hilda this past week when, as the family historian and curator of the family Facebook group, I retold her story and posted a picture of her along with the obituary. I wanted my cousins and their children to remember this part of our family history, and I wanted them to know that even our stoic grandfather – who seldom, if ever, displayed affection toward his children or grandchildren – was so overcome by grief at the loss of his sister that it affected him years afterward.

I’ve often wondered if that unbearable grief caused him to be so incapable of showing affection toward his wife, children or grandchildren. Fortunately, my Grandma Ida had enough to compensate for what he was incapable of demonstrating. My father and his siblings were gregarious, outgoing and warm. Years later, when most of their children were adults, some of them  wondered if they had been affectionate enough toward their own children. They often said they loved us, explaining that they wanted us to hear it from them because they had never heard it from their father.

I’ve done some reading on transgenerational grief in regard to Native Americans, Holocaust survivors and parents who have lost children: “Transgenerational grief, sometimes called transgenerational trauma, refers to situations where a grief event was so powerful within a family that it was carried on to the next generation and sometimes multiple generations thereafter. In a very real sense, this is the ‘gift that keeps on taking’ that can be passed on through a family.”

I think the grief over the loss of Grand Aunt Hilda had a transgenerational impact on her nephews and nieces as well as her grand nephews and nieces. Knowing the Influenza Pandemic of 1918 killed more than 6,000 in Iowa and almost 2,000 in South Dakota, my story about Grand Aunt Hilda has comparable stories among other families who lost members in the pandemic, and those families might also have transgenerational trauma as a result.

We Need to Do Better with Coronavirus. Right Now.

As I was thinking about Grand Aunt Hilda this past week, I became increasingly infuriated by the Trump administration’s colossal failure in dealing with the threat of coronavirus, how the president denied any responsibility for his administration’s delayed response, how he prioritized his re-election over protecting the public and how he was more concerned about the stock market than public health.

I was thinking about Grand Aunt Hilda when I spent four days phone banking for Sen. Bernie Sanders before the North Dakota Democratic Primary.

While making calls I watched the news about the coronavirus disease creep across my screen. I wondered how workers without paid family leave were going to take care of their children when their schools closed; how workers without paid sick leave would keep on working and being infectious because they didn’t dare lose wages; how workers would avoid getting tested if they felt sick because they didn’t have health insurance or their policies had high deductibles and copays; and how workers being laid off would be able to afford housing or food.

I was thinking the policies Sanders has proposed to deal with the pandemic are preferable to Vice President Biden’s anemic plan, and that both are preferable to the callous neglect, indifference and delayed response of the administration.

I was thinking of Grand Aunt Hilda this past week and how the Influenza Pandemic of 1918 took its heaviest toll on the youngest and healthiest when the president of the house corporation of my fraternity chapter at North Dakota State University asked me to inquire with the national fraternity about its policy regarding brothers staying in chapter housing even though the university would be shut down. NDSU will be closed not just through spring break, but for two more weeks after that. With the assistance of our national fraternity, we crafted a policy to deal with the situation.

I was thinking of Grand Aunt Hilda and her family – all devout Lutherans who, in their grief, were sustained by members of St. Paul’s Lutheran Church – when I participated in an online seminar about how Lutheran congregations should respond to coronavirus. The Eastern North Dakota Synod of the Evangelical Lutheran Church in American sponsored the seminar; I am on the board of directors of Crossroads Campus Ministry and am active at Messiah Lutheran Church in Fargo, N.D.

I was thinking about Grand Aunt Hilda and the tremendous loss of life from the Influenza Pandemic of 1918 this past week as I prayed that our national, state and local political leaders will take every appropriate measure to flatten the coronavirus curve through social distancing, self-isolation, increased testing, cancelling public events, closing schools and appropriating funds for testing and treatment.

I was thinking about Grand Aunt Hilda when I read about the three different models built by epidemiology experts suggest that millions of Americans will contract coronavirus, even in optimistic projections.

I was thinking about Grand Aunt Hilda this past week as I prayed that no family experiences the transgenerational trauma our family felt from her death.

I’m frightened about what could happen, but also hopeful and prayerful that our leaders will act soon enough with every appropriate measure so we can avoid another Influenza Pandemic of 1918. 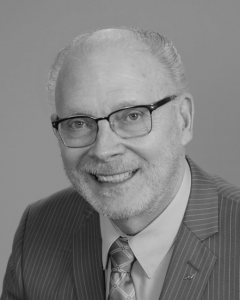 Like this post? Why not scroll to the bottom of the page, leave your comments and sign up for more IV Words in your inbox? Great idea!