Some Things You’ll Just Never Get Back

Our 18-year-old daughter opened our bedroom door late. We’d been sleeping for nearly an hour already. I sat up quickly, saw her silhouette in the light spilling in from the hallway. My wife, an RN at one of the local hospitals, had a 5 a.m. shift the next day; she slept on. My daughter motioned for me to come.

We went down the hall to her room, sat on the edge of the bed and I put my arm around her. She let me, which is unusual; my daughter has never been physically demonstrative, even when she was a baby. It’s just part of who she is.

“What’s wrong, Honey?” I asked, one word echoing through my mind before she spoke:

It was supposed to be the perfect year.

The clichéd “perfection” senior class themes playing off of 20/20 vision are probably spread out across the country, high school after high school.

It’s always been sort of a badge of distinction for my daughter. We’ve been talking for years now about how she’s graduating in the “perfect” year. When we picked up her Fargo (N.D.) South High School letter jacket with that “20” patch on the sleeve a few years ago, she practically glowed.

She put together a stellar high school career, and she had a lot to look forward to in this, her final semester.

On March 15, North Dakota’s governor announced the indefinite closing of schools. We soon learned the start of our daughter’s senior year of soccer was being postponed until further notice. A couple of days later came the email about her senior prom. Also postponed indefinitely.

With every passing day it becomes more likely that she won’t be able to finish her senior year with her friends, that she won’t even be able to participate in a formal graduation ceremony. We’re trying not to even think about the possibility of canceling her graduation party.

All those beautiful party invitation cards sit idle in a cardboard box, our beautiful little girl smiling back at me every time I go into the cupboard for a pen, sticky notes or some other office supply.

The plan was to mail them out in mid-March.

Thursday night around 10:30, with her head on my shoulder, my daughter said she didn’t want to go to the appointment to pick up her prom dress the next day.

Several weeks before she and her mother found this dazzling dress. They sent me pictures. It was a stunner, and more stunning still with my daughter wearing it.

Every father says this, I know, but she looked absolutely beautiful. Looking at those pictures, I marveled at who that little bundle I used to carry around the house after bath time, singing softly until she fell asleep, had become. A strong, beautiful, amazing young woman. 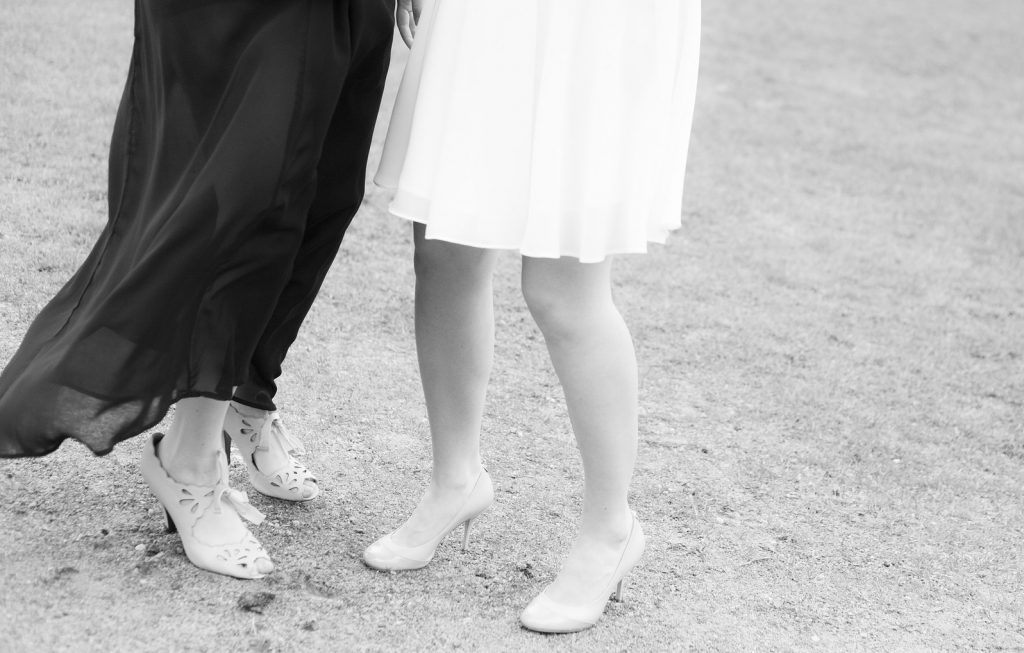 The dress needed a few alterations. They found a lady from Bismarck, N.D., who drives the approximately 200 miles to Moorhead, Minn., just across the river from Fargo, every two weeks to meet with people who need clothing alterations. She returns to Bismarck, does the work and then meets with customers two weeks later in a little shop she keeps in the Moorhead Center Mall.

My daughter’s appointment to try on the altered dress was scheduled for 1:20 p.m. on Friday.

She was afraid to go to the Moorhead Center Mall because of coronavirus, she told me through tears. She didn’t want to get sick, and she didn’t want to be responsible for me getting sick. I wasn’t too keen on the whole thing, either. The only places I’ve been in the past 10 days were the grocery store and pharmacy, and I’ve been very vocal about the need for people to practice social distancing.

But I knew I couldn’t leave that loose thread hanging out there.

The next day I went to get the dress. I kept my gloves on the entire time and used hand sanitizer before, during and after my brief encounter with the seamstress. No one else was in the store. I went straight there and came straight home.

We have the dress back.

The dress for a prom that is postponed indefinitely.

“I’m in my feels,” my daughter told me a week ago. It’s her way of saying she’s depressed about not being in school with her friends and the postponement of so many events that would have, in any other year, turned into memories. They, too, would have become part of who she is.

If prom is not rescheduled, if she can’t cut off another forward charging toward the net on the soccer pitch, if she can’t walk across the stage to receive her diploma, if she can’t stand under a clear blue sky in a bright sundress welcoming guests to her graduation party, she will forever feel those absences.

As her parents, we will, too.

Compared to people losing their lives to COVID-19, to families losing loved ones, to the threat of global economic depression, missing a prom is almost absurdly insignificant. We all get that, including my daughter.

“I’m so angry,” she said to me over breakfast this morning. “This isn’t fair.”

That could very well be the final lesson of my daughter’s high school career, a lesson she doesn’t really need at this point but nevertheless has had unceremoniously tossed into her face.

Life absolutely is not fair.

The prom dress hangs, lifeless, in our closet. 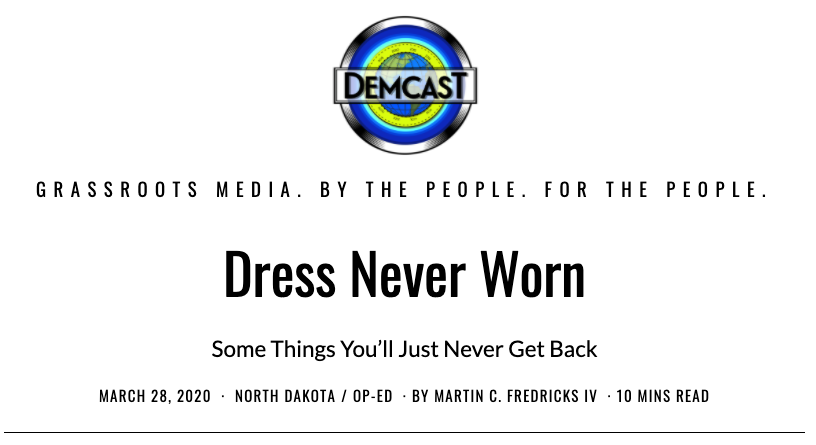