Skip to content
Martin C. Fredricks IVApril 9, 2020The Way It Is4 Comments on Bernie’s my guy…but I’ll never be a Trump enabler.

I am a Berner.

As such, I am deeply saddened that Sen. Bernie Sanders’ campaign for president has come to an end. I’m also deeply saddened by the vitriol and absolutism coming from fellow Berners on social media.

To paraphrase Prince, “never” and “forever” are a mighty long time, people.

You’ll undoubtedly say I’m no Berner once you read this post. You’ll say I’m a fake, an imposter, that I never truly was one of you, that I’m just another middle-of-the-road sellout who doesn’t deserve the title.

Say what you will. What really matters – right now, in this precise moment in our nation’s history – is I am not, and never will be, a Trump enabler. 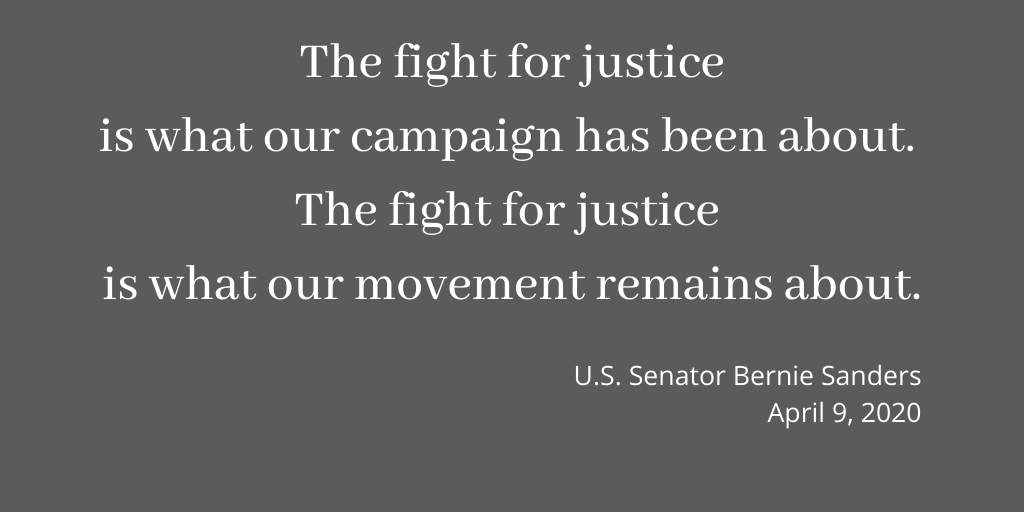 This Moment Is About Real People

I believe, vehemently, that Bernie’s approach, ideas and passion are exactly what this nation and this world need. Desperately. Right now.

That’s why I believe we have a responsibility to do what’s needed to protect the people Bernie’s been seeking to protect. We need to do what’s necessary for the poor, people working two and three jobs, immigrants and people of color; for the downtrodden, the hurting and people who have been lied to and mistreated at every turn by those in power, both Republicans and Democrats; and for ourselves, our families and our future.

We also must slow the gushing of blood from the arteries of U.S. democracy.

In less than four years Donald Trump has cut a swath through all of us, and now he wants a second swing of the scythe.

He’s destroying the environment, fueling the climate crisis, literally, and rolling back protections that keep us healthy so his buddies can become even more wealthy. He’s throwing human beings into cages, pandering to Putin and denigrating decency. He’s bringing shame after shame upon the United States and the office of the president, dismantling the institutions of democracy, brick by brick, and taking medicine and food from the tables of the sick and hungry.

I don’t need to go any further into the litany of everything Trump has done or undone to strip the nation and its people of our value, and values, over the past 3½ years. You’ve heard and read it all before. 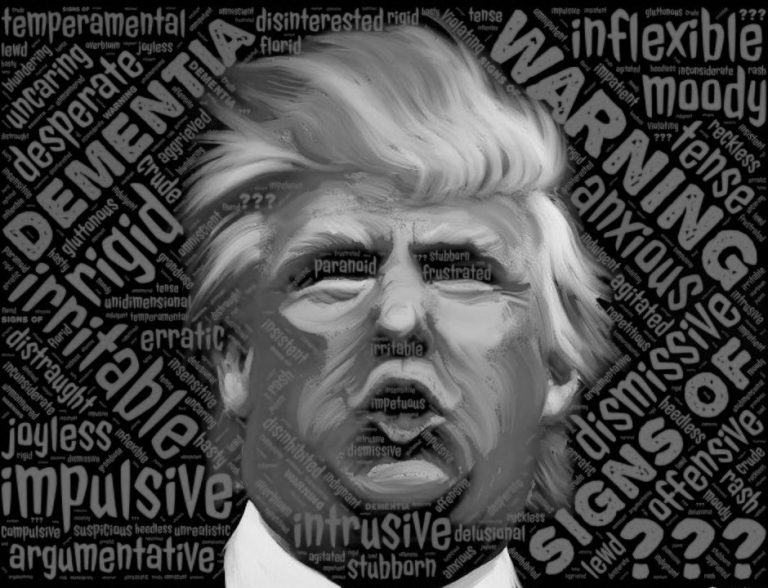 Not The Right Time for Righteousness

Look, I despise the DNC and the Democratic Establishment as much as anyone. I’ve written about it in various ways again and again and again. I believe they undercut Bernie in 2016 and now again in 2020. Just like you.

They need to be “taught a lesson,” many Berners are saying, because they’ll never learn how damaging their corporate cozying and lack of concern for struggling citizens has been unless and until they’re taken down. Hard.

But we have to set that aside. Right now, ridding the United States and the world of Trump is the ONLY thing that matters.

Sitting out or casting a protest vote will not accomplish the “WE’LL SHOW THEM!” you might think. Instead, it will amount to self-flagellation, and worse, participation in the further degradation of our fellow U.S. citizens and the planet.

It requires pinching our noses and checking the Anti-Trump box even though it’ll taste like dirt in our mouths.

Trump has already labeled enough groups “other” in attempts to make them the enemies of the state. Right now is not the time for us to “other” each other. Let’s show up for each other, instead.

I will show up, not because I relish the taste of dirt, but because I refuse to be complicit in giving the #OrangeMenace more time to trash this nation, this planet and my children’s future.

My vote will not be a validation of the DNC or the Democratic Establishment, by any means. Nor will it be a valediction to a movement that is truly righteous.

My vote will be a resounding NO! to another four years of Trumpism.

Hate how things have gone down. Despise those responsible. Let it fuel your drive to keep working to change things. Just don’t let it cloud your judgement or blunt your resolve to do what’s right for the real people who desperately need us to do what’s necessary right now, in this moment in our nation’s history.

Bernie’s still my guy, but I accept my responsibility to do everything in my power to protect the less fortunate and save the republic.

That means supporting and voting for one of the other guys.

It damn sure won’t be Trump.

Like this opinion post? How about tossing some change IV Words’ way, a.k.a., “buy us a cup of coffee”? If nothing else, please scroll down, leave your comments and sign up to receive more IV Words in your inbox. Thanks!