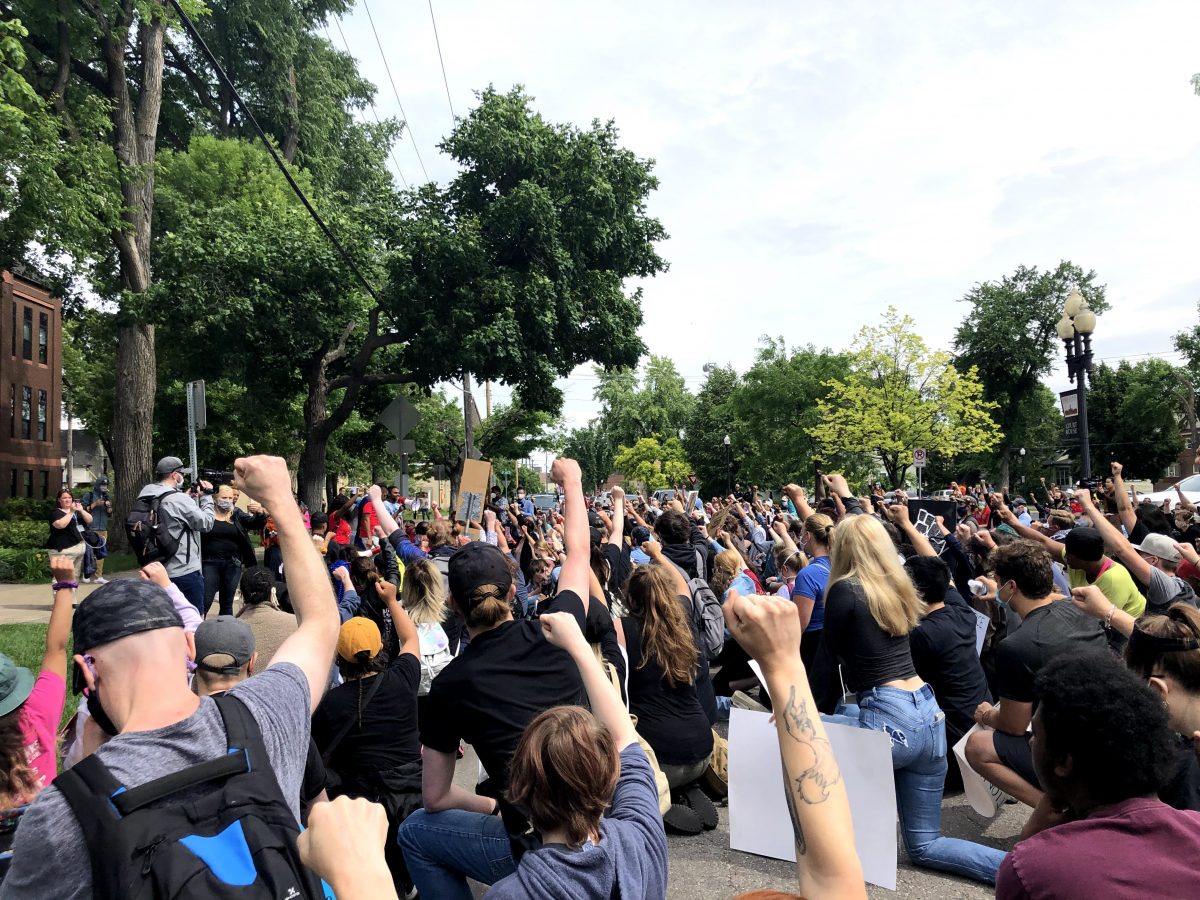 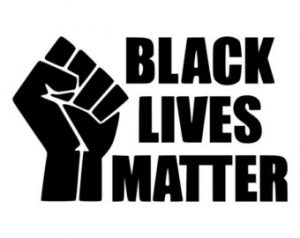 I’ve participated in all of the BLM-FM events over the past few weeks. That’s three marches and a OneFargo celebration of George Floyd’s life at Justice Island (formerly Island Park), by my count, unless I’ve missed something.

Yesterday, we started at the Jeff Johnson Soccer Complex, just south of the North Dakota State University campus, then marched to the Cass County Courthouse and back.

By far, yesterday’s march touched me the most.

Perhaps it was because the four of us were near the front of the march, close behind the leaders, close to the music booming from a portable speaker, close to the spearhead of a movement that’s not going to back down here in Fargo, N.D.

Perhaps it was because there was joy and celebration mixed in with the anguish and anger surrounding the murders of George Floyd, Brianna Taylor and all the other Black people who have been yanked prematurely, unceremoniously and unreasonably from their lives and our world over the decades by white police officers.

Whatever it was, I felt I had a deeper connection to my fellow protesters than I’d ever had before, at any of the dozen or so social justice and climate crisis marches to which I’ve contributed my feet and voice.

It felt GOOD! It felt RIGHTEOUS! It felt like MAYBE THE TIME HAS FINALLY COME!

Early on in the march, on south University Drive in front of Deek’s Pizza, the protest leaders asked us to lock arms. They told us we were at an incredibly important moment, and that by locking arms we would show that people of all colors and beliefs were joined together to protest the horrendous treatment of people of color in the United States of America.

We locked arms at the elbow or touched elbows out of fear and respect for COVID-19.

The power of shared purpose surged through me.

We continued south down University Avenue and took a left to get to the Cass County (N.D.) Courthouse. When we got there, we filled the street from one end of the block to the other.

We kneeled for 8 minutes, 46 seconds, the same amount of time that Minneapolis police officer Derek Chauvin had his knee on George Floyd’s neck.

It was an eternity.

There’s no way any of us can ever fully understand what George Floyd experienced in his final minutes. But take a knee for 8 minutes and 46 seconds and you’ll begin to comprehend the evil of what happened to him.

March organizers spoke about what’s been happening in their negotiations with the city of Fargo. For the record, they said, BLM-FM and OneFargo had not been consulted about the meeting between the city and BLM/OneFargo leaders that Fargo Mayor Tim Mahoney announced the day before during the Juneteenth March for Justice in Fargo.

Wess Philome, one of BLM-FM’s leaders told the marchers that if the city wanted to meet, it would need to meet with both organizations together.

Shortly thereafter, a white woman started making trouble. I was too far away to hear exactly what she was saying, but I heard clearly the expletives she was throwing about. Whatever it was, it must have been out of bounds; the police swooped in and removed her from the situation.

After leaving the courthouse, we found our way to 10th Street, a one-way headed north, and began our return journey.

March leaders stopped us when we were all under the Main Ave. bridge over 10th Street. Down there, under Main Ave., between the solid concrete walls of the underpass, we chanted…

As the last chant was still bouncing from wall to wall in the underpass, a spontaneous outburst of joy and purpose and anger and pain broke out, with every marcher screaming in defiance and jubilation.

Yesssssssss! We are here! We are a force! And we must be dealt with to resolve the issues facing our community!

In the depths and darkness of that underpass, I gave my anger and frustration voice, and I think my fellow protesters did, too.

It was a primal scream that gave voice to the frustration, sadness and anger over everything I and my family have endured and witnessed over the past four months of coronavirus and violence against Black people and absurdity of Trump and his enablers.

It’s not just been four months, either, but my entire lifetime of things being screwed up and rigged against people of color and the poor by the establishment.

It was so loud; you can’t even imagine it if you weren’t there. It was amazing. Empowering. Righteous.

And it felt sooooo gooooooood.

We celebrated. Because despite the deaths of martyrs like George Floyd and Brianna Taylor, or perhaps because of them, we needed that release, that primal scream.

I can’t speak for anyone else, but it cleansed me, if only just a few seconds. It must have been necessary for my fellow protesters, too, because we blew the roof off of that underpass.

Maybe, we said together. Just maybe, this time, if we keep pushing things will change.

The remainder of the march was relatively subdued, I think because people were worn out from two days in a row of marching and holding fists in the air, and because the primal scream sucked the energy right out of us. As we returned to the Jeff Johnson soccer fields, that was totally cool.

We were tired. We’d raised our voices over two days, and we’d shouted all we could. We’d said what needed saying. Our voices were lost, only to return another day.

It will be interesting to see how the city of Fargo responds, to take in what happens next. BLM, OneFargo and those of us who stand with them have unfulfilled demands. The ball is in the city’s court.

Regardless, the BLM/OneFargo march on Saturday, June 20, 2020, was incredible. And I believe it will lead to change.

Until then, we keep our voices strong.

From each of us, the echoes of the primal scream continue to bounce from wall to wall of our society.

6/23/20 – This post has been updated, most recently to incorporate a comment from Fargo Crime Prevention and Public Information Officer Jessica Schindeldecker.

Please scroll to the bottom of the page to leave your comments and sign up to receive more IV Words in your inbox. And please consider buying IV Words a cup of coffee to support the work. Thank you!