It’s easy to lose track of the colossal damage Trump is doing to environmental protections and the impending devastation of climate change. But we can’t. 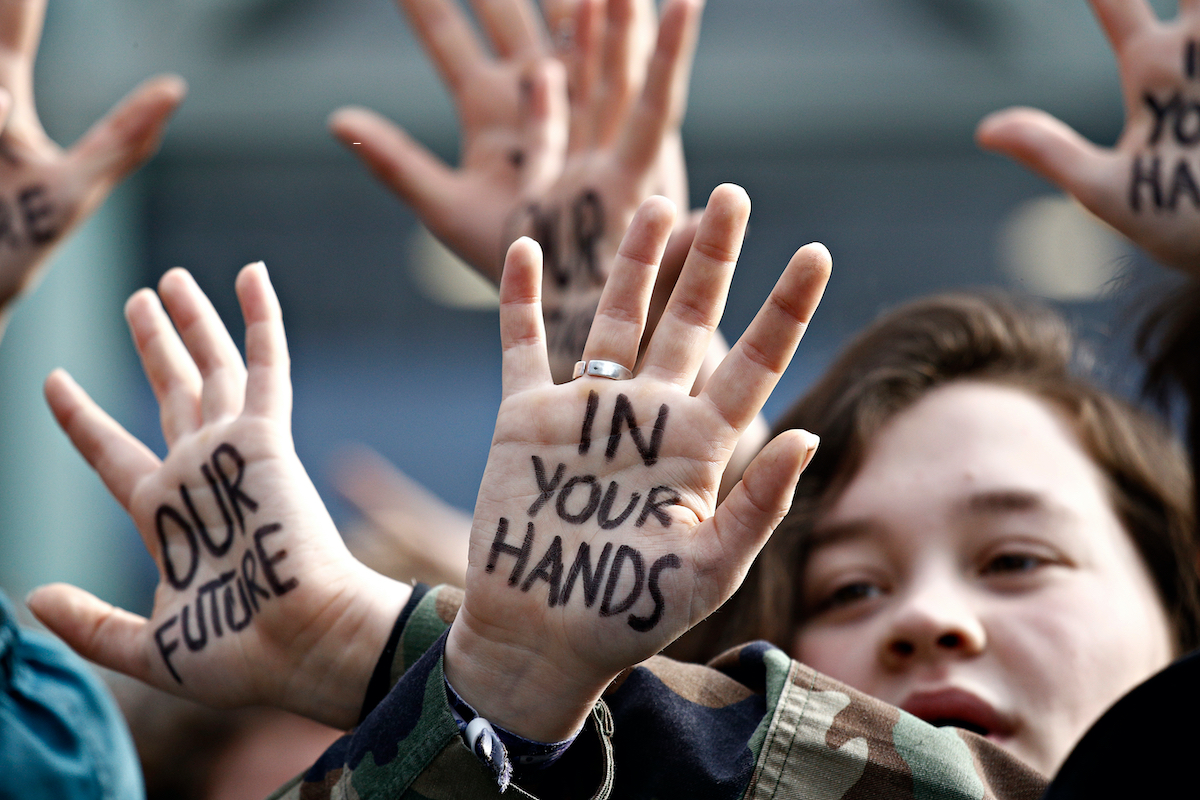 Trump Is Ripping Away Decades of Protections

Coronavirus. “Unsmart restart” plans for schools that are actually “minimize illness and death” plans. Anonymous federal agents in U.S. cities. Open defiance of the judiciary as the latest aggression in a national staging for dictatorship.

With everything going on, it’s easy to lose track of the colossal damage Trump is doing to environmental protections and the impending devastation of climate change.

When he was elected in 2016, Trump set out to dismantle every environmental rule, regulation and law ever put in place over decades, especially if it gave off even the faintest scent of hindering higher profits for his cronies.

Thanks to Trump, our water is less clean and safe, the air we breathe is more polluted and rules related to the release of climate-changing gasses into the atmosphere have loosened.

Not only are the reversals he’s orchestrated bad for our environment and dangerous in the context of the climate crisis, but they’re causing more healthcare problems, as well.

And let’s not forget; the “stable genius” is pulling the USA out of the Paris Accord and World Health Organization.

Those are just the biggest headlines. I won’t go through the entire litany because, as a reader of IV Words or follower on Twitter or Facebook, you’re already aware of the damage Trump is doing and the ongoing danger he poses for us and our planet. For specifics, check out the following sources;  be prepared to be outraged if you aren’t already:

I’m writing about these despicable environmental rollbacks now because we have to keep this ball up in the air with all the others.

If we do enough, if we’re really lucky and if the Trump/Barr team doesn’t cancel the election altogether, things will change in January 2021. As a nation, we’ll have an opportunity to re-reverse some of the damage that’s been done and re-engineer policies so our pandemic recovery is more sustainable, renewable and just for all U.S. citizens. It’s what the European Union is doing right now; we need to follow its lead.

And don’t just keep this fight in mind; get involved.

Whatever you do, don’t let Trump’s daily antics, distractions and idiocies steal all of your attention away from the crucial work we need to do together to protect our environment and address the climate crisis.

It’s no longer hyperbole to say we’re fighting for a viable future for all species, including homo sapiens.

Like this post? Think it’s crap? Please scroll to the bottom of this page, leave your comments and sign up to receive new IV Words posts in your inbox. Either way, please consider buying IV Words a cup of coffee. Thanks!