Trump’s made a habit of banning from his events any news outlet whose reporters that have said or written things he finds troubling. 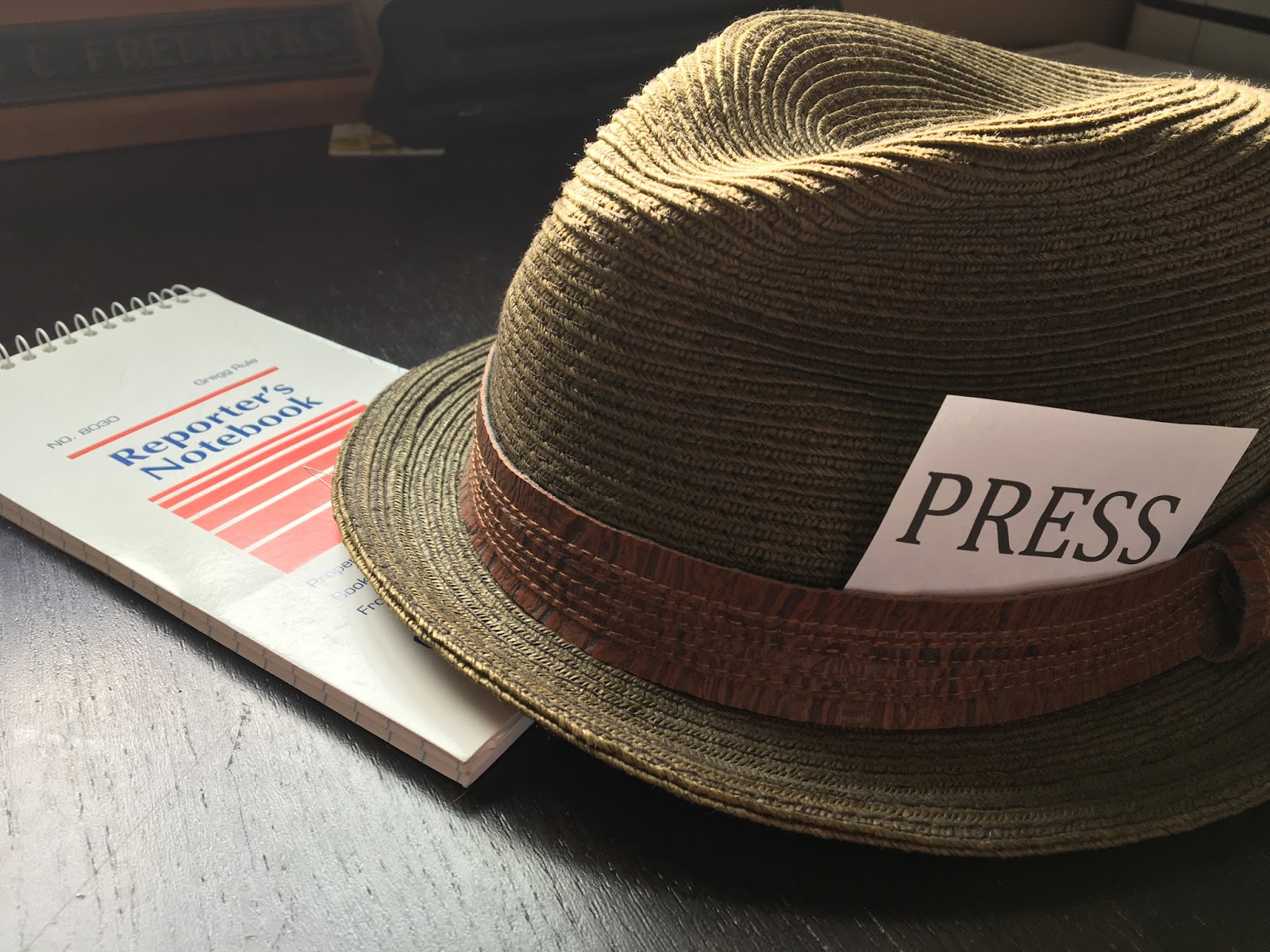 Trump decries what he calls “unfair” reporting by “slime”, a.k.a. journalists and news organizations. He’s made a habit of banning from his events any that have said or written things he finds troubling.

According to USA Today, the list of news organizations that Big D will no longer let in the doors includes “… Politico, BuzzFeed, The Huffington Post, The Daily Beast, The Des Moines Register, the Union Leader, Univision and Fusion”. The latest to incur his ire is The Washington Post.

But don’t be fooled. Trump’s working the bigger picture.

The Role of the Press

The Fourth Estate is not just another name for news media. It is an idea, perhaps even an ideal, regarding the importance of a free press to an open, free democracy.

The first three estates are the executive, legislative and judicial branches of government. The role of The Fourth Estate is to hold the feet of the other three to the fire, so to speak, to ensure the governed are not being hoodwinked.

This is important stuff. Over the past 240 years, the press has exposed wrongdoing, prevented politicians from running amok and generally kept us informed.

By no means has the press been perfect. Even so, journalists are a crucial check in our system of checks and balances.

Which brings us to Trump, who I believe is banning news organizations for three reasons.

Obvious one first. Trump is, above all else, about ego and self-aggrandizement. Say something he thinks puts him in a bad light, and he’ll say it’s a lie or horrible reporting.  Then he’ll try to stop you from covering him anymore.

Second, Big D knows Americans trust the media about as much as we trust Congress. In the most recent Gallop poll regarding confidence in American Institutions, more than a third of us reported having little or no confidence in newspapers or television news to report the news fully, accurately and fairly.

Third, Trump understands controversy garners coverage, so he creates his own. Since his campaign seems to thrive on us-vs.-them scenarios, he picked an easy target for another “them.”

If this is a game to Trump, he’s working a win-win-win. He keeps a news organization that gets under his skin at a distance. He builds on his supporters’ malaise with news media. And he gets another full news cycle out of the other news organizations.

News media catapulted Trump toward the GOP nomination, and he knows it. He’s been brash, divisive and unapologetic, and his supporters have been eating it up. Unfortunately, journalists have been wielding the serving spoons.

A report by the Harvard Kennedy School’s Shorenstein Center on Media, Politics and Public Policy bears this out. The analysis looked at coverage of the presidential candidates in advance of the primary season. The resulting report “…shows that during the year 2015, major news outlets covered Donald Trump in a way that was unusual given his low initial polling numbers – a high volume of media coverage preceded Trump’s rise in the polls. Trump’s coverage was positive in tone – he received far more ‘good press’ than ‘bad press.’ The volume and tone of the coverage helped propel Trump to the top of Republican polls.”

Ironically, the Shorenstein Center deemed 65 percent of the coverage Trump received from The Washington Post to be either positive or neutral.

Big D would be a fool not to keep the gravy train rolling, especially when it’s adding flavor for people who feel disenfranchised and distrust the press, anyway.

We have a right and a need to know what’s really up with politicians who want us to make them part of our government. Our best source for information, and at the best of times the truth, relies on probing questions and thorough reporting by The Fourth Estate.

Agreed. But let’s not be bamboozled into thinking that’s all it is.

© 2016 Martin C. Fredricks IV
Like this opinion post? How about tossing some change IV Words’ way, a.k.a., “buy us a cup of coffee”? If nothing else, please scroll down, leave your comments and sign up to receive more IV Words in your inbox. Thanks!