While we gawk at the Executive, the Legislative is decimating environmental protections.

Safe drinking water. Clean air. Wild lands that maintain plant and animal diversity. The very health of the planet itself.

They were all here, in great shape and in abundance before any of us arrived. In my judgment, they should all be here when we turn things over to our children and grandchildren.

If you agree, start paying attention. Not to the broad executive order strokes of 45, but to the details of what’s happening in Congress.

A few weeks ago, a Facebook friend admonished people to focus less on the new president’s executive orders, regardless of how unconstitutional or absurd or damaging they might be to this country at home and abroad. Watch instead, he said, your members of Congress. He is so right.

The drumbeat of executive orders is pulling the electorate’s attention away from the real, long-lasting and potentially devastating damage being done in the U.S. House and the U.S. Senate.

“Whatever tiny ray of hope people held out in the belief that Trump ultimately would behave rationally — respectful of protocol, with caution and care, without haste and with wisdom — has been extinguished by a strategy of maximum chaos executed by shock and awe. With heads spinning, if they’re not rolling, most won’t know what hit them until it’s too late. It’s called distraction.” 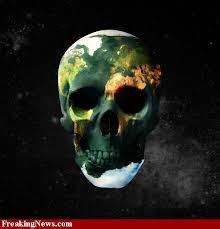 That’s a nice word for it. It’s actually misdirection of monstrous proportions.

While millions of people across the nation and world are in an uproar over what 45 has just said or tweeted or signed, U.S. representatives and senators are busy rolling back commonsense laws and regulations that protect the health and safety of U.S. citizens. (That’s us, folks.)

The environment is taking a serious beating.

While the Republican administration was busy removing every reference to climate change from the official White House website, the House and Senate got busy. Here’s a sampling of what Congress has been up to lately.

Both houses voted to repeal the Environmental Protection Agency Stream Protection Rule that kept mining companies from dumping harmful debris and waste into rivers and streams. It was part of the Clean Water Act.

This was a bipartisan effort. Sadly, both of my own state’s senators, one Democrat and one Republican, voted in favor of repealing this rule.

On Feb. 3, Rep Matt Gaetz, R-Fla., introduced H.R. 861, which, if passed and signed into law, will eliminate the EPA altogether. In fact, that’s essentially the entirety of the bill’s language: “The Environmental Protection Agency shall terminate on December 31, 2018.”

Both houses of Congress are looking at a proposed repeal of the Bureau of Land Management, Methane and Natural Gas Waste Prevention Rule. This rule requires oil and gas companies drilling on public lands to control flaring of natural gas.

Methane, which is a significant compound in natural gas, is a potent greenhouse gas that contributes significantly to global warming. The Intergovernmental Panel on Climate Change, cited in a piece in Scientific American, has said that “…methane warms the planet by 86 times as much as CO2.”

Besides, natural gas is a fuel source. It has value. According to the Environmental Defense Fund:

“An in-depth analysis by ICF International estimates that fugitive and vented losses from oil and natural gas operations on federal and tribal lands amounted to over 65 billion cubic feet (Bcf) in 2013. This gas would be worth nearly $330 million at current prices.”

That’s nothing to scoff at. Neither is the harm vented and flared methane does to our atmosphere.

The vote on repeal of this rule is likely to come up this week.

There’s also House Joint Resolution 44, which would get rid of what is known as BLM Planning Rule 2.0. According to a piece in The Denver Post, the rule:

“…governs all planning for future uses of 250 million acres of federal public land that is concentrated in the West…. BLM officials developed the rule saying it would increase public involvement and incorporate the most current data and technology to decide whether and where drilling, mining and logging will happen on public land.”

More involvement from people who, you know, own the land (that’s us again). The latest information. The best technologies. Sounds reasonable. But many members of Congress don’t seem to think so.

Much of this is being done under what’s called the Congressional Review Act. A recent New York Times story provides an excellent explanation of how the Republican-controlled Congress is using this “obscure law” to roll back environmental regulations.

The worst part of this is that any rule repealed under this law can never – NEVER – be implemented again. According to a briefing on the Congressional Review Act by the Congressional Research Service, “…a rule may not be issued in ‘substantially the same form’ as the disapproved rule unless it is specifically authorized by a subsequent law.”

In the immortal words of Prince, that “…means forever and that’s a mighty long time.” That’s from “Let’s Go Crazy,” by the way. Which, when you think about it, is apropos given our situation.

This past Wednesday, the Senate started going after the Endangered Species Act, a law that has ensured dozens of species of animals have been able to crawl, fly or hoof it back from the brink of extinction. This is a law that works. Yet, according to a piece in The Washington Post by Darryl Fears,

“A Senate hearing to ‘modernize the Endangered Species Act’ unfolded Wednesday just as supporters of the law had feared, with round after round of criticism from Republican lawmakers who said the federal effort to keep species from going extinct encroaches on states’ rights, is unfair to landowners and stymies efforts by mining companies to extract resources and create jobs.”

Unfortunately, in this case “modernize” is a synonym (not just a euphemism, mind you) for “decimate.”

The pièce de résistance (if you’re opposed to environmental protection) came on Friday, when the Senate confirmed Scott Pruitt to lead the Environmental Protection Agency. Again, I’m sorry to say both of my senators, one a Republican and one a Democrat, voted yea.

This man is a climate change denier who, as the attorney general of Oklahoma, repeatedly sued the agency he is now supposedly going to “lead.” I put “lead” in quotation marks because I strongly suspect – and I’m not alone here – that in in this case it is once again a synonym for “decimate.”

That’s the keyword in all this anti-health, anti-public safety, anti-earth activity that’s happening while we’re up in arms (or delighted, depending on how you think) about what 45 is doing with rapid-fire executive orders.

It’s what this Congress is doing to environmental protections established over decades. These protections were put in place to curb environmental degradation so our children and grandchildren will have clean air, safe water and a livable planet to run once they’re old enough to run it.